The Election Commission of Pakistan directed the petitioners in a disqualification reference against former prime minister Imran Khan to provide copies of the reference and other relevant documents to the PTI lawyer.

The reference was filed against the former premier by the coalition government, for not sharing details of Toshakhana gifts and proceeds from their alleged sale.

Established in 1974, the Tosha­khana is a department under the administrative control of the Cabinet Division and stores precious gifts given to rulers, parliamentarians, bureaucrats and officials by heads of other governments and states and foreign dignitaries.

According to Toshakhana rules, gifts/presents and other such materials received by persons to whom these rules apply shall be reported to the Cabinet Division.

However, the PTI, while in government, had been reluctant to disclose details of the gifts presented to Imran Khan since he assumed office in 2018, maintaining that doing so would jeopardise international ties, even as the Pakistan Infor­mation Commission (PIC) ordered it to do so.

On August 4, lawmakers from the Pakistan Democratic Movement — which is part of the ruling alliance — filed a reference for the PTI chief’s disqualification from public office under articles 62 and 63 of the Constitution over his hesitance to share the details of Toshakhana gifts.

As a five-member bench of ECP members, headed by Chief Election Commissioner (CEC) Sikandar Sultan Raja, took up the reference for the first time today.

A subordinate of PTI lawmaker Barrister Ali Zafar, counsel for the party, appeared before the commission and requested the adjournment of the hearing.

He said Barrister Zafar could not attend the hearing as he was busy with other matters.

The junior lawyer also contended that Imran was no longer a member of the National Assembly (NA) as PTI lawmakers had resigned en masse before Shehbaz Sharif was elected as premier a day after Imran Khan’s ouster through a no-confidence vote.

At that, the CEC said Imran was still an MNA in the eyes of the ECP.

He pointed out that the NA Secretariat has not yet accepted Imran’s resignation and sent it to the ECP.

“Do not interpret matters as you see fit,” CEC Raja said, adding that a member of the NA cannot be de-notified until the NA speaker accepts his resignation and sends it to the ECP.

After directing the petitioners to provide a copy of the reference and other relevant documents to the PTI’s lawyer, the ECP adjourned the hearing till August 22.

The ruling Pakistan Muslim League-Nawaz (PML-N) is confident Imran Khan is going to be disqualified in the reference as they say he has not declared in his assets the amount he received from the alleged sale of state gifts.

“Imran Khan is certain to be disqualified in the Toshakhana reference as he did not declare in his assets the millions of rupees he rece­ived from the sale of state gifts. This is a two-plus-two case. He has done an illegal and immoral act and will be disqualified,” Interior Minister Rana Sanaullah said while talking to journalists in Faisalabad on Monday.

For its part, the PTI has not openly admitted that Imran sold Toshakhana gifts, but party leader Fawad Chaudhry once responded to the allegation, saying that “selling one’s own assets is not a crime”.

In their disqualification reference, MNAs from the ruling alliance included documentary evidence to corroborate their claims against the ex-PM and sought his disqualification under Sections 2 and 3 of Article 63 of the Constitution, read with Article 62(1)(f).

Article 62(1)(f) says: “A person shall not be qualified to be elected or chosen as a member of Majlis-e-Shoora (Parliament) unless […] he is sagacious, righteous and non-profligate, honest and ameen, there being no declaration to the contrary by a court of law.”

Article 63(2) says: “If any question arises whether a member of Majlis-e-Shoora (Parliament) has become disqualified from being a member, the Speaker or, as the case may be, the Chairman shall, unless he decides that no such question has arisen, refer the question to the Election Commission within thirty days and should he fail to do so within the aforesaid period it shall be deemed to have been referred to the Election Commission.”

While, Article 63(3) reads: “The Election Commission shall decide the question within ninety days from its receipt or deemed to have been received and if it is of the opinion that the member has become disqualified, he shall cease to be a member and his seat shall become vacant.”

After attending Thursday’s hearing of the reference in the ECP’s office in Islamabad, MNA Ranjha said while speaking to the media that time had arrived for former chief justice of Pakistan Saqib Nisar’s 2018 ruling declaring that that disqualification handed down under Article 62 (1)(f) of the Constitution was for life.

Article 62(1)(f), which sets the precondition for a member of parliament to be “sadiq and ameen” (honest and righteous), is the same provision under which former prime minister Nawaz Sharif was disqualified in 2017.

“The time is nigh for Saqib Nisar’s favourite cricketer to benefit from his judgement,” Ranjha remarked, adding that the ruling would now also apply to Imran and the entire nation would see how Nawaz was “knocked out on technical grounds”.

He went on to say that, in fact, there were “no technical grounds” for Imran’s disqualification as he had “lied”.

Reiterating allegations stated in the reference against Imran, the Ranjha accused Imran of getting Toshakhana gifts evaluated by his “friends” to that they were undervalued and sold them off.

“And so, they did not declare those assets,” he alleged.

The PML-N MNA further alleged that Imran pressurised Toshakhana staff into declaring the value of gifts lower than their actual cost.

He also challenged Imran to file a defamation suit against him if the allegations levelled by him were not true.

Last year, the Pakistan Information Commission had accepted an application by Islamabad-based journalist Rana Abrar Khalid and directed the Cabinet Division to “provide the requested information about the gifts received by Prime Minister Imran Khan from foreign head of states, head of governments and other foreign dignitaries … description/specification of each gift, information about the gifts retained by the PM and the Rules under which gifts thus received are retained by him”.

The Cabinet Division was told to share the required information within 10 working days and upload it on the official website as well.

Subsequently, the Cabinet Division had challenged the PIC order in the Islamabad High Court (IHC), claiming that it was “illegal, without lawful authority”. The then-government took the stance that the dis­closure of any information rela­ted to Toshakhana jeopardises international ties.

In April this year, the IHC had directed Deputy Attorney General Arshad Kayani to ensure the implementation of the PIC order to publicise details of the gifts presented to former prime minister Imran Khan by heads of states since he assumed office in August 2018.

Toshakhana (Maintenance and Admi­nistration) Rules, 1974 (revised up to 2012), are applied to the president, prime minister, Senate chairman and deputy chairman, National Assembly speaker and deputy speaker, federal ministers, ministers of state, members of ­parliament, government servants and also employees of autonomous and semi-autonomous bodies, whether on duty or leave, serving in any capacity in connection with the affairs of the government or while on deputation with any other body, agency, institution or authority.

Under the rules, it is mandatory that gifts of a certain value are deposited in Toshakhana. However, an official is also allowed to keep these gifts provided they pay a certain percentage of the price assessed by the Toshakhana evaluation committee.

According to Toshakhana rules, gifts/presents and other such materials received by persons to whom these rules apply shall be reported to the Cabinet Division, indicating the nature and estimated value of the gifts. There should not be any undue delay in reporting the receipt of such gifts and those receiving should deposit them with the government. 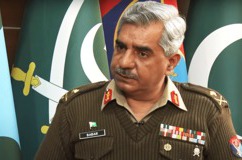