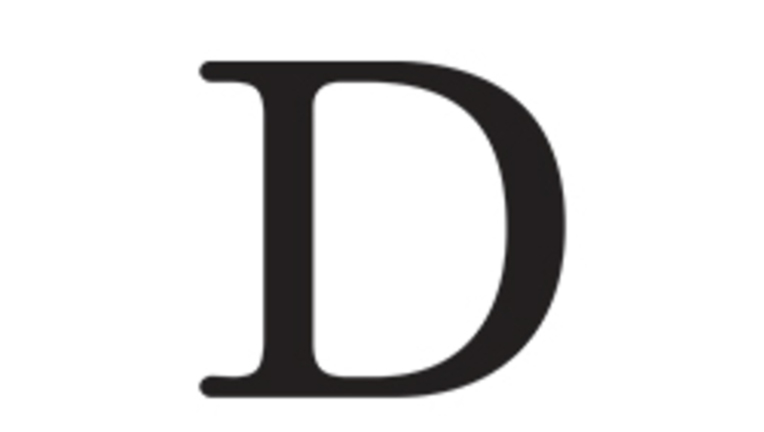 The Islam­abad High Court (IHC) on Thursday issued a pre-admission notice to the Election Commission of Pakistan (ECP) on PTI’s petition challenging the electoral body’s verdict in the party’s prohibited funding case.

During the hearing, the IHC summoned the ECP for arguments in the case on August 24. It said that the decision on the admissibility of PTI’s plea would be taken after arguments were presented from both sides.

At the outset of the hearing today, PTI lawyer Anwar Mansoor told the court that the scrutiny of the party’s accounts began in 2018.

“But the Supreme Court had passed orders [at that time] that accounts of all the political parties should be scrutinised,” he pointed out, contending that the ECP had “targeted” PTI and “exceeded its powers and scope”.

At this, Justice Farooq asked if the electoral body had conducted an inquiry into the complaints. Mansoor replied that only the details of individuals claiming to be party members were investigated.

Continuing his arguments, the PTI lawyer said that the law only allowed ECP to confiscate prohibited funding received by a party. “It has no other powers apart from that.”

He said that the Political Parties Ordinance, 2002, gave political parties a chance to make amends. “According to Rule 10, the party will be given a chance to correct itself and will be allowed to resubmit its papers.”

Subsequently, Justice Farooq asked: “Which law was applied by the ECP [in the funding case]?”

Mansoor replied that it had passed the verdict in the prohibited funding case under the PPO. “However, the scrutiny committee had relied on a different law,” he added.

“But how is it possible?” the IHC acting chief justice asked, to which Mansoor said that he could show this to the court.

The PTI lawyer also said that the ECP included unverified details in the case giving examples of the funding received from Romita Shetty and Arif Naqvi. “This way they showed PTI’s own agents as foreign firms,” he argued.

At this, Justice Aurangzeb said that the lawyer was not keeping the case “at one point” and asked whether the funds were sent to the party by multinational companies.

“No. We have the definition of multinational companies present here,” Mansoor replied and then proceeded to read the definitions out loud. Subsequently, the judge asked him if all these things were told to the ECP.

“Yes, we did. But they never said anything,” the lawyer said, adding that the law didn’t say that funds can’t be taken from anyone except an individual. “But it does state that only individual funds can be taken.”

The judge replied that even a single word could not be ignored.

However, Mansoor contended that a company owned by a single owner could be considered an individual.

Meanwhile, the judges asked the PTI lawyer if the party wanted the court to annul the ECP’s decision in the case.

“The court can omit some observations from the election commission’s report,” Mansoor replied. Justice Sattar inquired that under what jurisdiction was that possible.

Meanwhile, Justice Farooq said that this was just a report and that no action was taken by the ECP.

“This is action,” the PTI lawyer asserted, arguing that the commission had declared that the the matter fell under Article 17 of the Constitution which stated that every political party should account for the source of its funds in accordance with the law.

“They are, very skillfully trying to accord the matter to Article 17(2) [of the Constitution],” he said.

The law states: “Every citizen, not being in the service of Pakistan, shall have the right to form or be a member of a political party, subject to any reasonable restrictions imposed by law in the interest of the sovereignty or integrity of Pakistan and such law shall provide that where the Federal Government declares that any political party has been formed or is operating in a manner prejudicial to the sovereignty or integrity of Pakistan, the Federal Government shall, within fifteen days of such declaration, refer the matter to the Supreme Court whose decision on such reference shall be final.”

However, Justice Sattar said that it was not the 1970s and no one could dissolve a party during a spell of madness. “You just tell us your reservations.”

Justice Farooq also stated that the Federal Investigation Agency (FIA) would be looking into the matter separately. “Tell us what you want?

“We can go and correct the findings of the fact-finding report,” he said, adding that the ECP had clarified that PTI’s accounts were not clear.

The judge said that the FIA, too, would first investigate and only take action if it fell into its jurisdiction. “Right now, the government has to prove that PTI is a foreign-funded party,” he added.

However, the PTI lawyer claimed that the agency was “harassing” the party.

Separately, Justice Sattar said that the federal government would issue a notice to the PTI before sending a declaration. “The concerns you have put forward are premature,” he further observed.

For his part, Mansoor argued that the FIA and the federal government had considered ECP’s report to be an “order”, contending that the electoral body was not a court or tribunal.

Subsequently, the court reserved its verdict on PTI’s petition. It later issued a pre-admission notice to the ECP and summoned it on August 24 for arguments over the matter.

Last week, the party had moved the IHC against the ECP’s judgement in the prohibited funding case.

According to the petition, the matter related to PTI’s funding was examined by the Supreme Court.

“Those legal issues were decided by the Supreme Court of Pakistan and in light of the dictum (legal principles or remarks made by judges that do not affect the outcome of the case) and ratio (judge’s ruling on a point of law, and not just a statement of the law) laid down by the SC the matter was referred back to the ECP for scrutiny of the accounts of all the political parties, including the PTI. Sadly, only PTI was targeted.”

The petitioner claimed that the case against the PTI pertained to an allegation of receiving “funds from prohibited source”.

The PTI in its petition argued: “Prohibited source of fund as provided under Article 6(3) of the Political Parties Order 2002 are contributions and donations received from foreign government or multinational or domestically incorporated public or private company, firm, trade or professional association…”

“The party explained and reconciled each and every account through a financial expert orally as also by submitting a written financial summary, reconciling each and every transaction and, explaining all amounts received with its reconciliation with the audited accounts,” the petition said.

“However, in complete disregard to all the submissions and without giving any reasoning for such disregard, the respondent [ECP] passed the impugned fact-finding report,” it added.

The ECP was incomplete, the petition pointed out, “in the absence of the total number of members as defined in the Constitution and deficient representation from all provinces? If so, does it not disenfranchise the provincial representation on the ECP as envisaged by the Constitution of Pakistan permitting manipulation and outside political interference in the work of the ECP.”

Earlier this month, the ECP, in a unanimous verdict, had ruled that the party did receive millions of dollars of funds from 351 foreign companies and 34 foreign nationals, including a US-Indian businesswoman, and ordered the issuance of a notice to the PTI, seeking an explanation as to why the prohibited funds it received should not be forfeited.

A three-member ECP bench headed by Chief Election Commissioner Sikander (CEC) Sultan Raja announced the verdict in a case filed by PTI founding member Akbar S. Babar which had been pending since November 14, 2014.

The ECP also said the party had only owned eight accounts before the commission and declared 13 accounts to be unknown. The commission noted that the party also failed to mention three accounts that were also being operated by the party’s senior leadership.

The verdict also stated that the PTI chairman submitted Form-I for five years (between 2008-2013) which was found to be “grossly inaccurate on the basis of the financial statements obtained by this commission from SBP and other material available on record”.

The PTI said the verdict vindicated its stance that it never received foreign funding, but could be a case of prohibited funding, while the government considered the decision a “charge sheet” against “crimes” of the party and its chief Imran Khan.