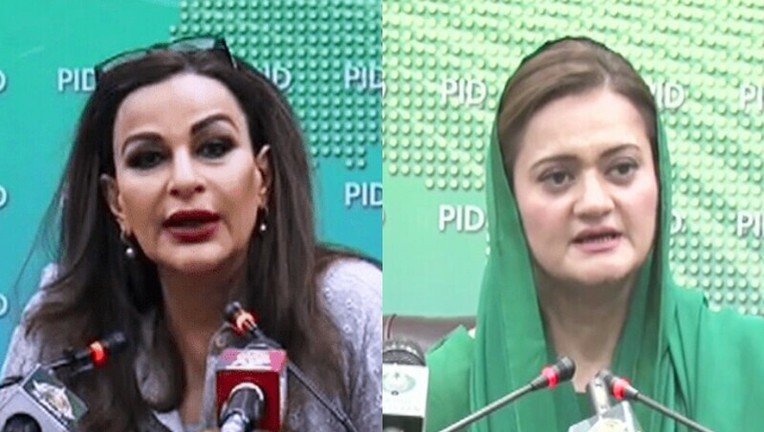 Information Minister Marriyum Aurangzeb on Thursday deemed the rain-induced flooding that is ravaging the country and has caused more than 900 deaths “a national emergency”.

In a statement, Aurangzeb said that a critical juncture has been reached and the time has come to demonstrate “national spirit” to deal with the extraordinary disasters in Sindh and Balochistan.

“The entire nation, especially overseas Pakistanis, should donate generously to help the flood victims as a huge amount of money will be required for the rehabilitation of the victims due to the large-scale disaster,” she said.

Aurangzeb added that the federal government, along with the provinces, was making tireless efforts and all the resources were being mobilised.

The minister said that owing to heavy rains and severe flooding, there were difficulties in relief operations and that public contributions were needed to ramp up rescue efforts.

Aurangzeb said that the details and process for depositing donations in the Prime Minister Flood Relief Account 2022 had already been made public.

Meanwhile, at a press conference in Islamabad, Climate Change Minister Sherry Rehman echoed Aurangzeb’s sentiments, saying: “This is a national emergency and we will have to treat it as such.”

The minister said that the “entirety of Pakistan’s south” was inundated and all resources would have to be gathered for this major crisis. She said the Pakistan Army and National Disaster Management Authority (NDMA) were active in relief and rescue operations.

Providing some figures of the damage so far, Rehman said 20 million people were rendered homeless or without shelter.

She said that 913 deaths had already been recorded. “This is a very big figure and the time has come for the world to help us,” Rehman added.

The minister said that such a devastating monsoon season was unprecedented and called it “very rare” and “unexpected”.

“This is Pakistan’s main crisis at this time … a climate-induced humanitarian disaster of epic proportions. Thousands are without shelter and many without food and stranded,” she said, adding that it was beyond the capability of the provinces or Islamabad to rehabilitate and manage alone and needed international help.

Rehman said the NDMA was currently working on a needs assessment survey that would be completed soon and is a requirement for international donors and aid.

One element she outlined as hindering rebuilding operations was the continuous monsoon spell that she termed a “monster monsoon”. She said that no let up in the rains meant no time or space for anything other than rescue and relief operations, adding that there were reports about a similar spell arriving in September as well.

Rehman decried the lack of resources as a major problem, adding that climate resilience programmes needed millions of dollars. She pointed out that it was also important to conduct climate risk assessment since climate change was occurring so fast that extreme weather events were becoming more frequent.

The minister said the country would have to think about unusual strategies, take technical advice from the world and increasingly use scientific modelling.

“There should only be one singular focus in Pakistan right now, which is the resourcing, coordination and provision of relief to millions stranded by the monster monsoons hitting Pakistan in a cascade of catastrophic cycles,” she later tweeted.

Planning Minister Ahsan Iqbal presided over a meeting of his ministry which reviewed the flood situation. He directed the formation of a team of government doctors for the affected areas and ordered that a plan should be developed to speed up reconstruction activities of flood-hit areas.

According to Radio Pakistan, he also revealed that Chinese companies had donated Rs15m to the PM’s relief fund and China was giving 25,000 tents to provide shelter to flood victims.

He added that the Red Cross Society of China has also offered $300,000 to the Pakistan Red Crescent Society.

Meanwhile, Prime Minister Shehbaz Sharif cancelled his visit to London, where he planned to go to tend to his ailing granddaughter.

The prime minister had intended to fly to London after his two-day official visit to Qatar but has decided to travel back to Islamabad to review the ongoing rescue and relief operations in flood-hit areas.

Upon his return, PM Shehbaz will chair a meeting, wherein the officers of the NDMA and other departments will brief him.

The PTI also announced that party chairman Imran Khan would visit flood-affected areas and meet with the affectees.

“The purpose is to reach to the affected families and support them in a transparent, proper, and decent way,” CM Shah said, adding that the committees would also procure all the required materials and goods, tents, mosquito nets, food items, medicines, machinery and other items.

Chief of Army Staff (COAS) Gen Qamar Javed Bajwa presided over the 250th Corps Commanders’ Conference at the General Headquarters in Rawalpindi today, in which the forum was briefed in detail on the external and internal security situation, with a particular focus on the flood situation and the ongoing relief operations being undertaken by army formations.

“Participants undertook a comprehensive overview of the flood situation and ongoing relief and rescue operations by the army.

“Expressing deep sorrow over [the] loss of precious lives and extensive damage to infrastructure due to unprecedented rains/floods, [the] forum resolved to spare no efforts for mitigating the sufferings of flood affectees,” reads a press release from the Inter Services Public Relations.

It added that army chief appreciated the ongoing relief efforts and directed army formations to “render all possible support” to the flood affectees.

“Every single affected individual must be reached to bring comfort in this hour of distress,” the press release quoted the COAS as saying.

Imran Nawaz, station house officer (SHO) for Dubair police station in Lower Kohistan, told Dawn that six people were stranded in the middle of Dubair river and subsequently, four drowned while two were rescued by locals.

He said one of the four bodies was recovered but the other three were still missing. Nawaz added that massive flooding was underway in Dubair and Ranolia rivers in which cars and houses were also swept away, besides destroying mini power stations, water mills and roads.

“There is no cellular network in the Sanagai area where the quartet drowned in the flash floods. Reports of destruction by the floods are being received from different parts of Lower Kohistan,” the SHO said.

He said roads had been blocked at several points.

Meanwhile, in Shangla, Sanaullah, a local from Damorai Faizdara, said that the bridge they had built on a self-help basis was washed away by the floods while the flow of water in the Kana river was increasing with every passing minute.

He said mini power stations were also damaged as a result of floods and had caused an electricity outage. 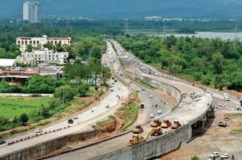 Rawal Dam, 7th Avenue flyovers to be opened for public on Aug 14