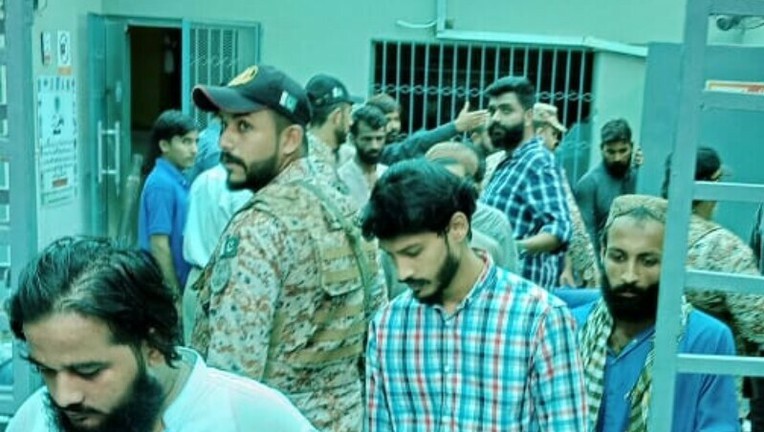 Residents in several areas of Karachi took to the streets and protested outside K-Electric offices on Thursday against prolonged power outages and inflated electricity bills.

In the last few weeks, demonstrations have been reported across the country against the fuel price adjustment (FPA) and taxes on the electricity bills.

In Karachi’s Korangi area today, residents stormed into the locality’s KE office and ransacked it. According to witnesses, a group of people — comprising women, men and children — protested outside the KE office near Darul Uloom, blocking the main Korangi Industrial Area road and chanted slogans against the company.

In a statement, the Korangi police spokesperson said that protesters had gathered outside the KE building over complaints of inflated bills.

During the demonstration, the protesters set fire to tyres, resultantly disrupting traffic on both tracks near the Singer Chowrangi. Protestors also overpowered private guards of the power utility and later forced their way into its office.

To prevent the situation from spiraling out of control, the Landhi district superintendent police and Awami Colony station house officer, along with their contingents, arrived at the site and dispersed the crowd, the spokesperson added.

Separately, residents of the metropolis’ Shah Latif Town blocked the National Highway near Jogi Mor in protest against the power utility.

Malir Senior Superintendent of Police Irfan Bahadur told Dawn.com that the residents were protesting against the fuel adjustment charges in their bills, which was hiked last month.

The demonstrators submitted a memorandum before the power utility officials and later dispersed peacefully, the officer said, adding that traffic remained suspended on the highway for some time.

Meanwhile, KE spokesperson Imran Rana has said that the reversal of fuel cost adjustments on the bills of those who have consumed less than 200 units would be issued on August 26.

“The deadline of bills for non-ToU (time of use) residential customers whose unit usage is less than 200 is also being extended to August 30,” he said in a series of tweets today.

The government’s announcement and increase in deadlines will not apply to residential, time-of-use, commercial and industrial customers consuming more than 200 units, Rana added.

The development comes after the government announced that that 17 million of the total power consumers will be exempted from paying the FCA in their electricity bills.

Prime Minister Shehbaz Sharif, in a video message earlier this week, said that the “considerable increase” for July and August’s power bills, because of high international oil prices, was “intolerable” for the common man.

He also stated that the government was also reviewing the situation for the rest of the 13m power consumers who, PM Shehbaz said, were in a better financial position.

The authority allowed an unprecedented FCA of Rs11.37 to K-Electric and Rs9.89 per unit to electricity distribution companies previously owned by Wapda, or Discos.