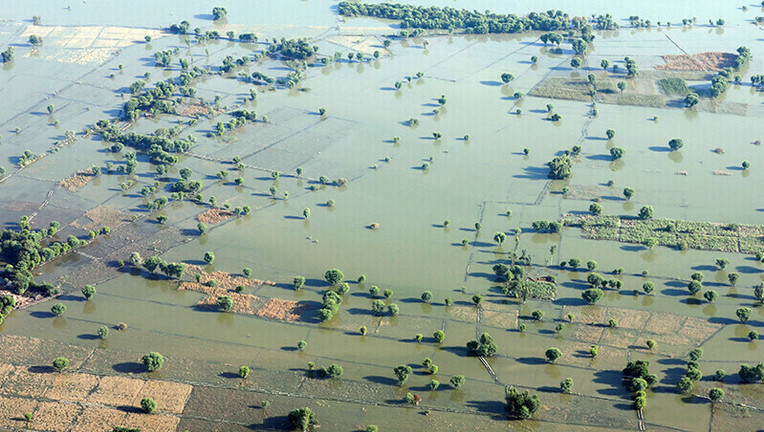 Sindh Chief Minister Murad Ali Shah said on Sunday that it would take between three to six months to drain water from the province’s flood-hit areas.

The monsoon rainfall and subsequent floods have killed 1,396 people across the country between June 14 and September 9, and have left 12,728 injured. More than 30 million have also been displaced.

Sindh is the worst-hit province so far, accounting for the most deaths and injuries. Of the 1,396 fatalities countrywide, Sindh’s total 578. Injuries number 8,321 of the countrywide total of 12,728, according to the NDMA’s most recent update.

Speaking to the media in Karachi, the CM gave a breakdown of the current situation in the province and the losses incurred due to the catastrophic floods.

“The whole world has to come together to combat climate change,” he said, adding that United Nations Secretary-General Antonio Guterres had also called on the world to “pitch in” to help Pakistan navigate the crisis.

“In some areas, there is at least eight to 10 feet of water. Even in places where it is receding, the situation is not such that people can return,” he said, highlighting that Pakistan had received unprecedented rainfall this year.

He said that the government was working on rehabilitating people, and working on the province’s drainage and irrigation network. “We think it will take three to six months for the water to drain.”

The Sindh CM admitted that the province was facing a shortage of tents and medicines, saying that he had raised the issue during his meeting with the UN chief.

Separately, Prime Minister Shehbaz Sharif thanked Guterres for his “unprecedented support” to the victims of the catastrophic floods.

“His two-day visit has been critical in raising awareness about the human tragedy. Deeply touched by his empathy and leadership. Pakistan needs global support to overcome this challenge,” the premier said.

During his visit to flood-affected areas and camps in the scorching heat, Guterres was overwhelmed by the scale of devastation that has engulfed Pakistan, PM Shehbaz said.

“His voice has become the voice of flood victims. The world should pay heed to what he said about climate change,” he urged.

The UN chief, meanwhile, said he had never seen “climate carnage” on the scale of the floods in Pakistan.

“As our planet continues to warm, all countries will increasingly suffer losses and damage from climate beyond their capacity to adapt.

“This is a global crisis. It demands a global response,” he said.

“Hot and humid weather is expected in other parts of the country. Rainfall may trigger landslides in Kashmir, hilly areas of KP, GB, Galiyat and Murree,” the statement said.

The centre added that 485 army helicopter sorties had been flown to various areas for evacuating stranded people.

In the last 24 hours, 22 sorties have been flown and evacuated 70 stranded individuals and delivered 29.9 tons of relief items to flood victims, the statement said.