Search
Hapka.info: Main page » Pakistan »  Army chief appointment will be as per Constitution and on merit: Fazl

Army chief appointment will be as per Constitution and on merit: Fazl 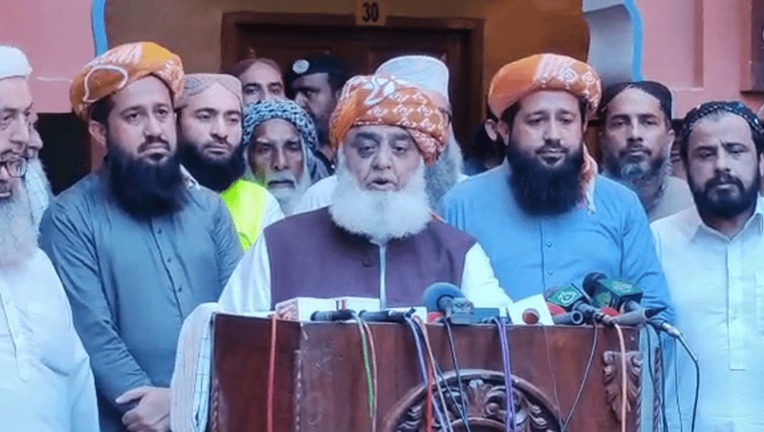 PDM chief Maulana Fazlur Rehman on Tuesday said the future army chief would be appointed by the person empowered by the Constitution to do so — the prime minister — whose pick would be “on merit”.

Incumbent Chief of Army Staff Gen Qamar Javed Bajwa is set to retire in the last week of November. The matter of the new chief’s selection has for some time caused a stir in political circles with the PTI and government coming to verbal blows on the matter.

“The one who is responsible [for appointing the army chief] as per the Constitution will fulfil this task on the basis of merit. Who is he (Imran Khan) to tell the government about who has to do this,” the JUI-F chief said during a press conference in Larkana.

He said the PTI chief could not be allowed to “interfere in any way” in the next army chief’s appointment. “You can cry and scream all you want,” he said.

Rehman’s comments come a day after Imran delivered a fiery speech in which he castigated Prime Minister Shehbaz Sharif for allegedly discussing the matter with Nawaz in London.

In the speech, the PTI chief also reacted to threatening telephone calls party supporters were allegedly receiving. “Scare those who are scaring you. Threaten Mr X and Mr Y if they try to threaten you,” he said.“Who are they to scare you?”

He had said it was people that would decide the leaders of the country.

Questioned on reports of Imran’s meeting with the incumbent army chief, the JUI-F chief said even if there was any such meeting — of which he insisted he had no knowledge — “it means it was fruitless”.

“Imran Khan is finished. His politics have come to an end,” he declared.

Fazlur Rehman, in his presser in Larkana, was asked about the Punjab government registering cases against federal ministers Javed Latif and Marriyum Aurangzeb and whether that would weaken institutions, Rehman said: “The Punjab government is itself weak and it may be toppled.”

At the rest of his media talk, the JUI-F chief talked about his Sindh visit for flood relief efforts and talked about the need for national unity in such a situation.

Early this month, Imran Khan claimed that the coalition government wants their own candidate to “escape graft cases” and that the chief should be chosen on merit. The remarks drew criticism from the military and the government. Imran has since suggested that the appointment be delayed until after the general elections, a move which is being seen by ministers as an attempt to mend fences with the military establishment.

Also on Tuesday, PTI leader Fawad Chaudhry called upon political parties and the “establishment” — a term widely used by politicians to refer to the military — to “rewrite political framework” and develop a consensus on the “rules of the game”.

In a tweet today, the former information minister commented on civil-military ties, saying “we must strive for balance” in their relationship. “Power must be transferred to people of Pakistan,” he emphasised.

The PTI leader called out the coalition government saying the “present system has failed Pakistan and we need to look up for fair rules”. 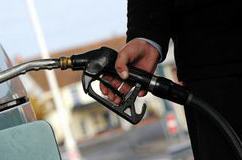 Fuel subsidies to cost govt Rs40bn in a fortnight