Accountability court sends corruption reference against Ishaq Dar, others back to NAB 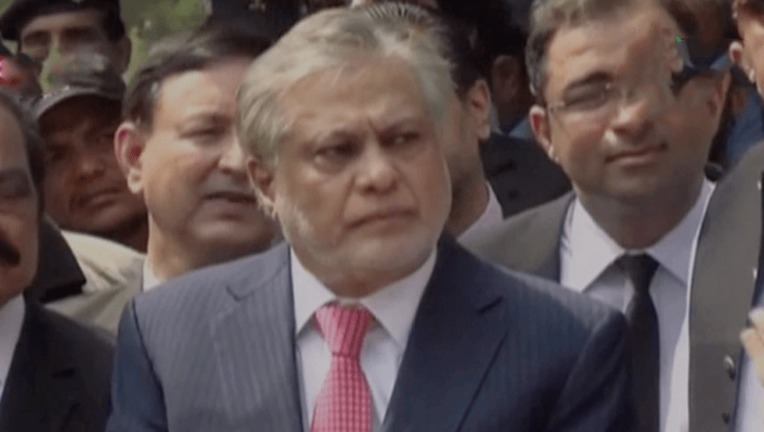 An Islamabad accountability court on Tuesday sent a reference against Finance Minister Ishaq Dar and others in an assets-beyond-means case back to the National Accountability Bureau (NAB), saying that it did not have the jurisdiction to act under the new NAB laws.

The reference was filed by the corruption watchdog in September 2017 on the recommendations of the Supreme Court in its Panama Papers case verdict that had also seen the then prime minister Nawaz Sharif disqualified. Former NBP president Saeed Ahmed, Mansoor Raza Rizvi and Naeem Mehmood — the directors of Ishaq Dar’s Hajveri Moda­raba — were the co-accused.

In the reference against Dar, the NAB alleged that “the accused has acquired assets and pecuniary interests / resources in his own name and / or in the name of his dependants of an approximate amount of Rs831.678 million (approx).” The reference alleged that the assets were “disproportionate to his known sources of income for which he could not reasonably account for.”

Following his indictment later that month, Dar had left the country and remained in self-exile for the next five years, during which time he was declared a proclaimed offender — a decision that was reversed in September this year soon after he returned and became the new finance minister.

Last week Dar approached the accountability court seeking his acquittal in the case, unfreezing of his assets, and a permanent exemption from personal attendance in proceedings.

The verdict, which was reserved on Monday, was pronounced by Judge Muhammad Bashir today.

The judge said that the reference does not fall under his court’s jurisdiction under the new NAB laws. A written verdict is awaited.

It is pertinent to mention here that the incumbent government, soon after coming into power, had made amendments to the NAB (Second Amendment) Bill in order to further clip the wings of bureau.

A five-judge bench of the apex court had, on July 28, 2017, while taking up petitions filed by PTI Chairman Imran Khan and AML chief Sheikh Rashid, disqualified the then prime minister Nawaz Sharif for not disclosing his salary that he did not draw from his son’s company.

The apex court had constituted a JIT, headed by then additional director general of Federal Investigation Agency Wajid Zia, to probe the assets of the Sharif family and Dar.

The JIT had prepared four references — three against the Sharif family and one against Dar — and filed them in the accountability court.