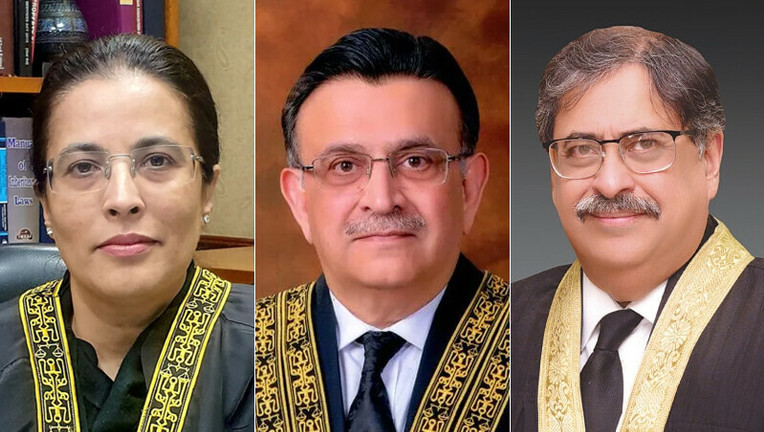 The Supreme Court on Wednesday sought a record from the federal government and the provinces of transfers and postings in police departments over the past eight years, while noting that the frequent shuffling of officers affects their command and performance.

A three-member bench headed by Chief Justice Umar Ata Bandial issued the directives while hearing a petition of political interference in the transfers and postings of the Punjab police.

The other members of the bench are Justice Ayesha Malik and Justice Athar Minallah.

The petitioner, Rana Tahir Saleem, a resident of Faisalabad, is seeking appropriate orders to stop illegal political interference in police matters. He also raised the issue of blatant violation of the Police Order 2002 regarding the security of tenure and in transfer-postings of police personnel from station house officers to inspector general of police.

With the commencement of the hearing, the petitioner's counsel argued that police officials were posted and transferred in the province as a result of political intervention. "The recent transfer of DPO Layyah was also on similar grounds," he claimed.

CJP Bandial, while sharing the statistics furnished by the lawyer, said the record showed an average term of a DPO in office was five months.

"As many as 268 DPOs have been transferred in Punjab in the last four years," the chief justice observed.

Justice Ayesha Malik asked the counsel about the source of the data.

He responded that the data was obtained from the Capital City Police Office.

The court observed that such circumstances prompted officers to get desirable postings using political clout.

The CJP said the counsel had pointed out that the matter was not limited to Punjab. At the request of the petitioner, the court broadened the scope of the plea to other provinces instead of just Punjab.

Following the arguments, the CJP asked the government and the provinces to submit their replies in two weeks.

The plea was primarily against politically-triggered postings and transfers of police officers in Punjab.

The petitioner presented in the SC record of the average posting tenure in the province. He said he was in pain to point out that the autonomy of the police was being subverted by the political rulers through de facto use of illegal powers of police administration (ranging from the DPO to the IG police) in matters relating to the appointments/transfers.

“This has led to the serious deterioration of chain of command, resulting in politicisation of the police force which is the root cause of biased police investigations and unnecessary use of power by politically appointed officers,” reads the petition.

The petition further stated that the situation had also demoralised the police force resulting in the poor writ of the state.

In support of his claim, he presented the last four years’ record of appointments of the police officers and their posting tenure. According to the record, eight IGs of Punjab were posted from June 7, 2018 to Aug 29, 2022 with average appointment tenure of 6.25 months. Similarly, the government appointed nine Lahore capital city police officers (CCPOs) with average tenure 4.56 months.

Similar is the case with the CPOs who were posted across Punjab. The record stated that average posting period of SHOs in Lahore was recorded three months while in the rest of Punjab 2.89 months. 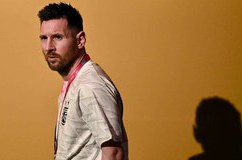 Messi enters the fray for ‘potentially’ his last World Cup