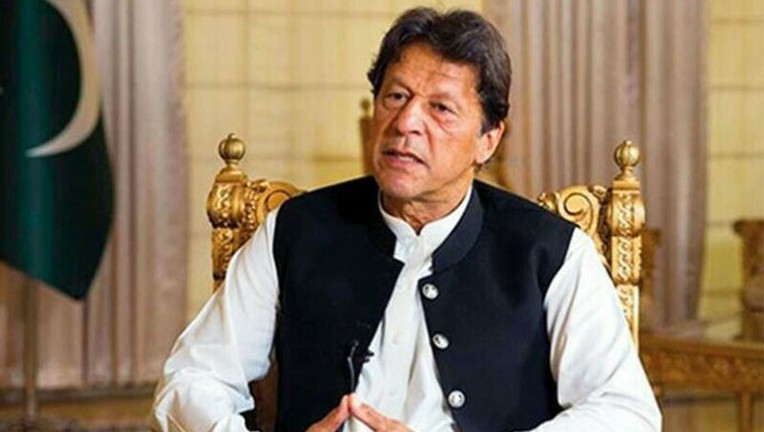 The Election Commission of Pakistan (ECP) reserved on Wednesday its verdict on the alleged violation of the code of conduct by PTI chief Imran Khan and provincial minister Mohammad Iqbal Wazir during the campaign for a by-poll in Kurram’s NA-45 constituency.

The NA-45 seat was among several rendered vacant after PTI lawmakers had resigned en masse from the National Assembly (NA) following Imran’s ouster as the prime minister through a no-confidence vote in April. Imran had won the by-poll held in the constituency last month, trouncing his Pakistan Dem­o­cratic Movement-backed rival and other candidates.

The victory, however, had come merely days after the district monitoring officer (DMO) of Kurram had issued a notice to the PTI chief over the alleged poll code violation while campaigning for the election.

“It has come into the notice of the undersigned (DMO) that you, Mr Imran Ahmed Khan Niazi, contesting candidate NA-45 Kurram-I, have solicited and utilised the services/assistance from a public office holder namely Mohammad Iqbal Wazir, the minister for relief, rehabilitation and settlement, during the ongoing campaign activities and electioneering process which is tantamount to violation of para-8 of the code of conduct published by ECP,” the notice said.

When the matter was taken up by the ECP today, the electoral watchdog’s special secretary said government vehicles were used while campaigning.

“How are they denying the use of government resources?” he posed a rhetorical question, alleging that Imran had violated the election code of conduct previously as well.

The special secretary called for strict action against Wazir, accusing him of attempting to provoke anger among the public.

Moreover, he continued, Wazir’s “tweets have affected the election commission’s reputation.” The official, however, did not elaborate on the contents of the tweets he was referring to.

For his part, Chief Election Commissioner (CEC) Sikandar Sultan Raja remarked, “He (Wazir) may not realise, but he said he was ready to sacrifice his ministry.”

At that, the CEC said notices had also been issued in Punjab.

The counsel then argued that the first notice was issued on September 3, in which the DMO had said that Wazir should be expelled from the Kurram district. “But Iqbal Wazir wasn’t even present there (at the time),” he added.

The lawyer also denied that they hadn’t held any rally in Kurram. “And neither Imran Khan nor Iqbal Wazir went (there) due to security concerns,” he said.

He said people may have reservations regarding the ECP but, he urged the electoral watchdog, “words in (Wazir’s) tweets shouldn’t be taken seriously”.

The CEC said at that that no one was above the Constitution and none was allowed to disrespect the ECP.

“It shouldn’t be that others are called dishonest. This is unacceptable,” he said.

The lawyer replied, “The election commission should have a big heart.”

“We have big hearts but the same [disposition] is not shown by the other side,” the CEC responded.

He also dispelled the “impression being created by you (lawyer) that notices have only been issued in Khyber Pakhtunkhwa.

“It is not the case. The election commission has taken strict measures in this regard. All have been issued notices.”

At this point, an ECP member commented, “Not even a helicopter was used in other provinces.”

The PTI’s counsel argued in reply that even Imran’s party had not used a helicopter.

He further contended that Wazir had not visited Kurram for the election campaign but flood rehabilitation.

The CEC asked him at that whether the code of conduct should be abided by.

“Definitely,” the lawyer replied, however, adding that “we haven’t violated” the code.

At that, the CEC called to his attention that Wazir was seen saying in a video that he was running an election campaign.

“But he was not campaigning for Imran Khan,” the lawyer contended. “The party and the covering candidate were campaigning themselves there. He was there because as a minister he deals with disaster management”

Following his arguments, the ECP reserved its verdict on the matter.