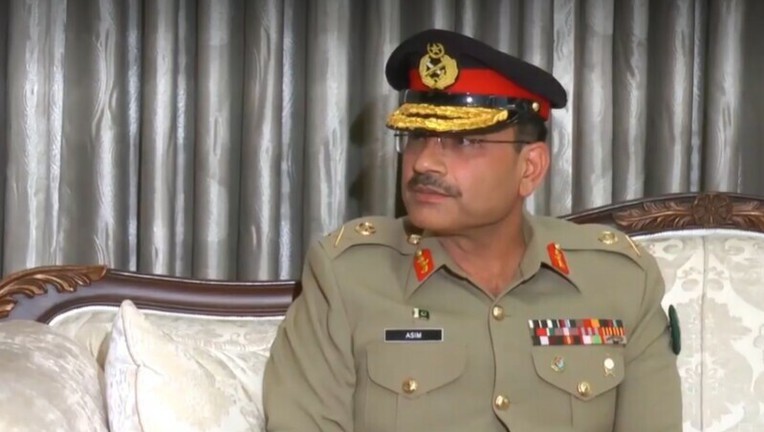 Reactions of politicians, journalists and analysts poured in after President Dr Arif Alvi on Thursday signed the summary that named Lt Gen Asim Munir as next army chief and Lt Gen Sahir Shamshad Mirza as the next Chairman Joint Chiefs of Staff Committee (CJCSC).

Finance Minister Ishaq Dar called the premier’s selection “based on seniority-cum-merit” and praiseworthy as he congratulated the new appointees.

Former minister Asad Umar congratulated the newly appointed officers and hoped that their decisions would be in accordance to the aspirations of the nation.

PTI Senator Faisal Javed Khan praised party chairman Imran Khan for “always uniting the country”. “He played the role of a leader, and not a traditional politician.”

“I hope that the country will most past political instability soon and towards economic stability. The people will be given the power to make decisions. The solution of all current issues of the country are early transparent elections,” he reiterated.

“I congratulate the newly appointed officials,” he said, adding: “The PDM’s politics has been buried.”

Imran’s former chief of staff Shahbaz Gill lauded President Alvi for carrying out his constitutional duties as well as staying true to his relationship with Imran.

“The statesmanship shown by President Arif Alvi in the last few months is commendable,” he said. “President, the nation is grateful to you.”

Pakistan Initiative at Atlantic Council’s South Asia Centre Director Uzair Younus said that all eyes were on Lt Gen Asim Munir and how he “All eyes on how he deals with a country at odds with itself, and adrift globally”.

Journalist Hamid Mir said President Arif Alvi, with his decision to approve the summary, chose not to cause an uproar. “From now onwards, should the president and prime minister also focus on other issues of the country together? Will the tension in politics reduce now or remain?”

Political analyst Michael Kugelman said the incoming chief “must grapple with restoring trust in an institution that’s taken major hits to its popularity and work toward lowering tensions between the government and Imran Khan who likely didn’t want him as chief”.

Kugelman also wondered if the incoming COAS would be ready to bury the hatchet with Imran.

Journalist Mazhar Abbas said that the “best among the best Generals appointed as army chief and Chairman Joint Staff.”