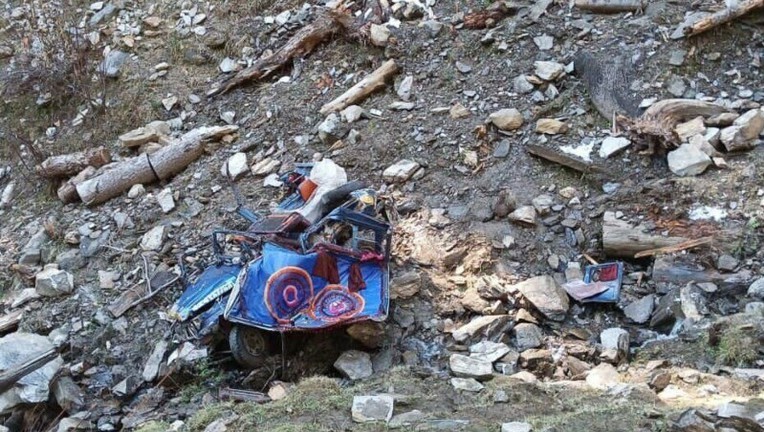 A jeep carrying voters fell into a ravine in Neelum Valley in Azad Jammu and Kashmir (AJK) on Sunday, killing six women and injuring eight people, according to local police.

The incident occurred in the Chhari locality of Dudhnial at around 12:30pm, District Disaster Management Officer Akhtar Ayoub told Dawn.com.

The vehicle was bringing voters back from the Muzaffarabad district where polling was taking place for local government elections, he said.

The vehicle was “carrying people far beyond its capacity”, Ayoub added. “The injured have been shifted to a Basic Health Unit of Dudhnial.”

He further said that the election process at two polling stations was briefly paused following the incident. It later resumed.

On Twitter, Ilyas said that he had instructed the local administration to cooperate in whichever way possible.

Local government elections were taking place in Azad Kashmir after decades, with the phase-wise election announced for Muzaffarabad, Poonch and Mirpur divisions on Nov 27, Dec 3 and Dec 8, respectively.