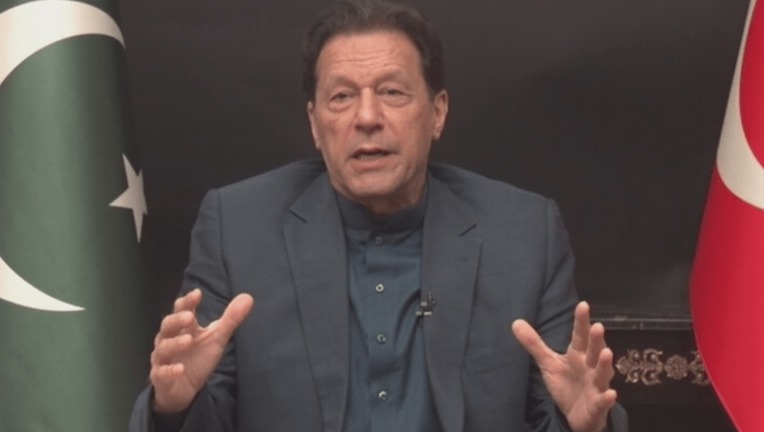 PTI chief Imran Khan announced on Monday that the party would stage protests throughout the country against Mohsin Naqvi’s appointment as caretaker chief minister of Punjab.

“We will stage a protest in Lahore tomorrow, then Rawalpindi the next day,” he said in a video address, adding that demonstrations would also be held in Faisalabad and Multan.

The announcement comes a day after the Election Commission of Pakistan (ECP) appointed Naqvi, a senior journalist and owner of some private TV channels, the caretaker chief minister for a 90-day interim period.

The PTI and its key ally PML-Q had vehemently rejected the appointment and unanimously stated that they would knock on the doors of the court and take to the streets against the electoral watchdog’s decision.

During today’s address, Imran urged the nation to come out onto the streets and prove that they “are not cattle. “We can’t accept a person who is following an agenda and has conspired against me in the past.”

Imran claimed that during his time in power, he received reports from the Intelligence Bureau regarding Naqvi’s attempts to topple his government. “Mohsin Naqvi was the most mentioned player in the regime change operation.”

He further said that former president Asif Ali Zardari “considered Naqvi a son”. “You can now imagine what kind of a person he (Naqvi) is that Zardari — known for corruption worldwide — thinks of him as a son.”

He further said, “In 2018, Naqvi returned Rs3.5 million to the National Accountability Bureau and accepted that he had stolen money.”

Imran added that Naqvi did not possess morals or a non-partisan character. He predicted that Naqvi would appoint police officials and bureaucrats who opposed the PTI and would attempt to back the party into a corner.

“They are scared of PTI’s popularity because we can’t be defeated in elections,” Imran said. He alleged that Naqvi would not allow provincial elections to take place until the electoral staff was replaced so that the former opposition’s win was guaranteed.

Imran said that the aim of the caretaker government was to be a neutral umpire, adding that the nominees provided by the PTI and the PML-Q were “credible and honest”.

Imran lashed out the electoral watchdog for makings decisions against the PTI, noting how they were “always overturned by the court”.

“This means the electoral watchdog’s decisions were entirely wrong.”

He said that the PTI would approach the court against the ECP’s decision to appoint Naqvi.

During the address, Imran also reiterated that elections were the only solution to the country’s woes, highlighting that a Sri Lanka-type situation lay round the corner if this did not happen.

“An election needs to be conducted to take the country out of the current quagmire. If we don’t raise our voice now, worse days will be around the corner.” 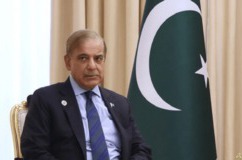 Govt wary of IMF-mandated ‘tough decisions’ in an election year