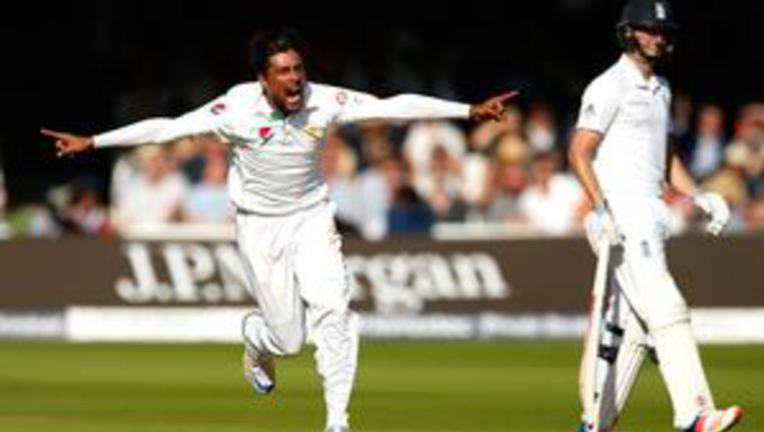 LONDON: Mohammad Amir returned to the hallowed ground of Lord's he defiled six years ago to earn Pakistan one of their most memorable Test triumphs over England on Sunday.

The fast bowler, who served a five-year ban and jail time after admitting spot-fixing at the home of cricket in 2010, took the final wicket of the first Test to give Pakistan a well-deserved 75-run victory.

While Amir's return to the game divides opinion, it felt like partial redemption for the 24-year-old who was cleared to return to the sport last September and who was making his first Test appearance since his ban ended.

Amir removed the key wicket of captain Alastair Cook in the first innings, and then finished off England's resistance on Sunday as he destroyed Jake Ball's stumps to spark joyous scenes from the Pakistan fans.

“He's part of the team that has won the Test match, it will be one of the memorable days of his life and from here he can start his career again,” Pakistan captain Misbah-ul-Haq said.

“He's a good kid now, he's a mature cricketer and he can prove to everyone that he's a good bowler.” Amir was touted as a potential great when he burst onto the international stage as a teenager, making his Test debut at 17.

But his world fell apart when he admitted to deliberately bowling no-balls against England and was convicted along with Salman Butt and Mohammad Asif who received seven and 10 year bans respectively.

The conspiracy rocked world cricket and reputation of Pakistan cricket was tarnished, but Misbah said the victory at Lord's on Sunday completed a long journey back from the depths for a nation mad about the sport.

“It's been a remarkable turnaround after the 2010 incident,” Misbah said.

“The team took real responsibility and these players showed a lot of respect for the game, fought throughout the six years and brought plenty of wins. Their on and off-the-field disciplines are really good.

“Winning against a top side, who are really good in their home conditions, speaks volumes for this team.” 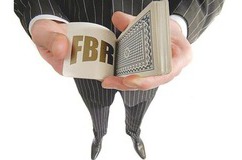