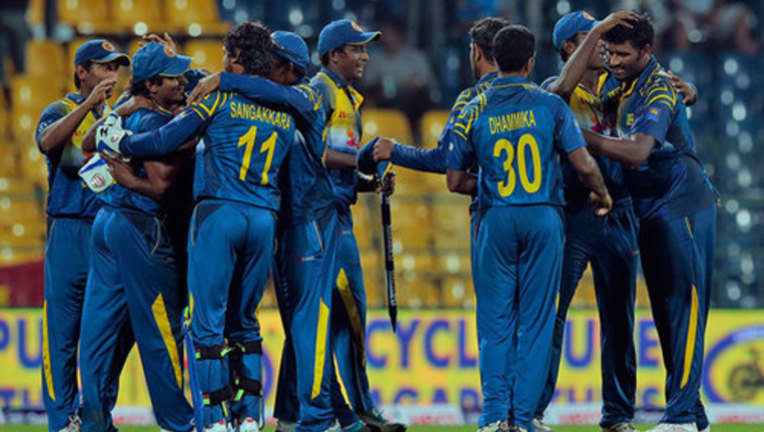 Sri Lanka's sports minister gave his support Wednesday for an investigation into the country's controversial 2011 World Cup loss against India, amid fresh allegations of match fixing.

Pressure has since been mounting for an inquiry into the shock defeat, with a former cricket captain and a previous sports minister going public with their suspicions that Sri Lanka deliberately lost the match.

“As soon as I get a written complaint, I will start a probe.” Sri Lanka, batting first, scored 274-6 off 50 overs and appeared in a commanding position when Indian superstar Sachin Tendulkar was caught for 18.

India turned the game dramatically thanks partly to poor fielding and bowling by Sri Lanka.

The sports minister at the time Mahindananda Aluthgamage has raised fresh concerns, telling local media there were “several disturbing factors about that game”.

Four last-minute changes were made to the Sri Lankan side without prior approval being sought from the sports minister, breaching convention.

“Then there are also questions about the behaviour of a very senior player. During the match, instructions sent to the field were ignored,” Aluthgamage said, without naming the player in question.

The former minister said he launched an inquiry after the match, but the investigation was scuttled.

His concerns followed quick on the heels of comments from former Sri Lanka skipper Arjuna Ranatunga, who last Friday demanded an inquiry be held to expose the “dirt” on dodgy cricketers.

Last year, the International Cricket Council imposed a three-year ban on a top Sri Lankan official Jayananda Warnaweera for failing to cooperate with an anti-corruption investigation.

Sri Lankan players and umpires have been accused of match fixing in the past, but Warnaweera was the first high ranking official to be found guilty and penalised.

Betting is illegal in most of the cricket-mad Indian subcontinent, but backstreet bookmakers — many with underworld links — still flourish.

Although no big-name Sri Lankan player has ever been convicted of corruption, several former stars have made allegations of match fixing or spot-fixing -- when players deliberately bowl or field badly to give away a set number of runs.