Bring on the World Cup, we fear no one: Afghan spin king Rashid Khan 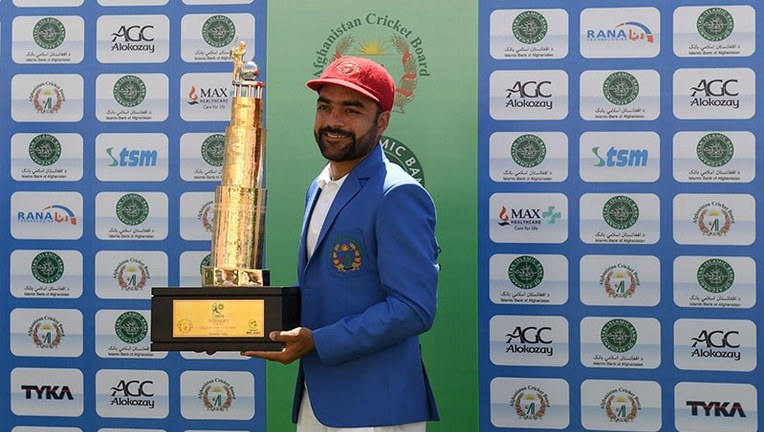 Trailblazing bowler Rashid Khan said Afghanistan will fear no one when the World Cup starts in May after a maiden Test win enhanced the reputation of the rising cricket nation.

Khan, who is one of the world's leading bowlers in short-form cricket, said Afghanistan's confidence was growing after beating Ireland on Monday in just their second Test match.

The 20-year-old leg-spinner, who tops the world Twenty20 bowling rankings and lies third in the 50-over standings, took five for 82 as Afghanistan beat their fellow Test newcomers in Dehradun.

Before an expected starring role for Sunrisers Hyderabad when the 2019 Indian Premier League (IPL) begins at the weekend, Khan said Afghanistan's cricketers now need only to believe in themselves.

"We have the talent and we have the skills," he told AFP in an interview.

At last year's Asia Cup, Afghanistan made a breakthrough by topping their group in the 50-over competition ahead of established Test nations Bangladesh and Sri Lanka.

"How we played in the Asia Cup was totally different and we showed that we can beat any side," said Khan, whose side even tied a match with heavyweights India in the last-four stage.

"The only thing is to believe in your skills. Just to be relaxed in big matches and enjoy your game," he said.

"And that's how we should be in the World Cup."

War-torn Afghanistan only gained One-Day International (ODI) status in 2009 and Test status in 2017, but their recent rise has coincided with Khan's emergence as a world-class spinner.

He made his ODI debut in 2015 as a 17-year-old and credits fast-paced Twenty20 tournaments such as the IPL for developing his bowling repertoire, which includes a mesmerising googly.

"The IPL gives you [a] lot of motivation. Once you play in these leagues, it gives you confidence playing with big players," said Khan, who cost Hyderabad $597,000 in 2017 and took 21 wickets for them last year.

"And then you perform there on flat wickets like the IPL and that gives you a kind of satisfaction and confidence that I can deliver when I am in the national side."

Khan has travelled the world to take part in Twenty20 leagues including Australia's Big Bash, the Caribbean Premier League and the Pakistan Super League (PSL).

"It really helps to improve your skills working with different coaches and players," he said.

"Pick their thoughts and experience and that really helps you improve your game."

Khan, one of 12 siblings, learnt his cricket with a tennis ball in the remote and humble province of Nangarhar before making his international debut against Zimbabwe in Bulawayo.

The world took notice when he became the fastest bowler to 100 ODI wickets, completing the milestone in 44 games, eight fewer than Australia's Mitchell Starc. He now has 123 in 57 matches.

Khan says the key to his success is that he focuses only on practising and playing despite bearing the huge expectation that he will take wickets every time he bowls.

"I don't put that pressure on myself. I keep trying to enjoy myself. Enjoy my bowling whether I take wickets or not," he said.

"I focus on doing the right things and bowl well. I don't focus on the result but focus on my hard work."

Khan, who is a big fan of all-round great Shahid Afridi, said it was tough learning to play cricket in a country ravaged by war for decades.

While many of Afghanistan's players learnt the game in refugee camps across the border in Pakistan, Khan played with his seven brothers to hone his skills.

"It was tough because of the lack of facilities. No good grounds and equipment. But we still enjoyed our cricket," said Khan with a smile.

"We never put it in our mind that we don't have facilities or stuff like that and tried to focus on our game.

"My brothers used to watch and play cricket and that's how I became a big fan of the game."

Afghanistan lost their debut Test to top-ranked India inside two days in 2018, but came back a much-improved side against Ireland a year later.

"The win against Ireland will help motivate our first-class cricketers," Khan said.

"People will start loving Tests rather than Twenty20s and ODIs."