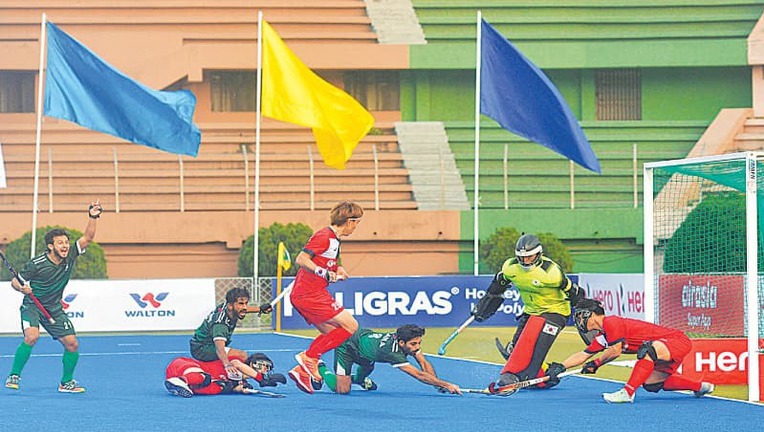 LAHORE: Rana Abdul Waheed scored twice, including a 57th-minute leveller, to help Pakistan hold South Korea to a 3-3 draw in their round-robin match of the Asian Champions Trophy in Dhaka, Bangladesh on Saturday.

The Koreans, however, regained the lead with goals by Ji Woo-Cheon in the 42nd and Jang Jong-hyun in the 56th, only for Wahid to secure a point for Pakistan.

Without a win in their first three matches, Pakistan remain fourth in the standings and in the final semi-final spot with two points, ahead of pointless Bangladesh, who are in fifth and were hammered 5-0 by Japan in the day’s other game.

Pakistan face Bangladesh in the final round of games on Sunday and a draw will be enough to secure a semi-final berth.

India, who have seven points, will finish top of the league standings regardless of the result against third-placed Japan in Sunday’s other match.

Japan are only ahead of Pakistan on goal difference and results in the final round could see Pakistan finish in third place. 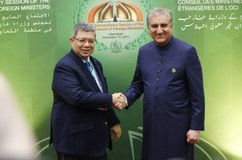 Islamic countries meet in Islamabad to discuss aid for Afghanistan