LAHORE: Having put up the details of chairman Ramiz Raja’s expenditures on its website, a Pakistan Cricket Board spokesperson said that there was “no written policy” to make that information public.

The disclosure came after a section of the media highlighted that amount spend by Ramiz, who became PCB chief in September last year, during his tenure so far had not been published unlike those of other chairmen in the past.

“There is no written policy [to mention details of the PCB chairman’s expenditure] on the website,” a PCB spokesperson told Dawn on Saturday.

“It depends on an individual to follow it or not and the incumbent PCB chairman might have not considered it necessary. But now it has been placed on the PCB’s official website.

“The post of the PCB chairman is an honourary one and there is no monthly salary being paid to a PCB chairman. It is also an old practice in the PCB that its chairman will not take a monthly salary, but he is allowed to claim some allowances.”

According to the details, Ramiz’s total expenditure since being elected to the hotseat is Rs3,917,483, with domestic travel amounting to a major chunk of that amount (Rs2,460,553). His foreign travelling expenses were Rs239,380.

The statements show that Ramiz did not receive any daily allowance during his foreign trips while he hasn’t also claimed accommodation and entertainment allowances amounting to Rs390,000. 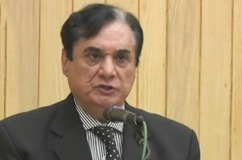