England manager Gareth Southgate, under fire after a disappointing Nations League campaign, said he is nonetheless “the right person” to take the team into this year’s World Cup in Qatar.

England have been relegated from the Nations League top tier after a five-match winless run in which they lost twice to Hungary — including 4-0 at Wembley — and once to Italy along with two scrambled draws.

After the 4-0 defeat by Hungary in June the crowd turned on Southgate, and there were boos again from the visiting fans as he stood to applaud them following the 1-0 defeat to Italy on Friday.

“I think I’m the right person to take the team into the tournament,” said Southgate, who led England to the 2018 World Cup semi-finals and the Euro 2020 final in 2021.

“I think it’s more stable that way, without a doubt. I don’t think (the) performance (against Italy) was far off and I know that’s going to get derision just because we’re on the back of a run of defeats.”

Southgate said the experience of playing top-level sides in the Nations League would help prepare his players for the challenges that await them at the World Cup, which starts on Nov 20.

“In the past we’ve had runs of friendlies or whatever the matches are and then we’ve gone into tournaments and that’s the first time we’ve hit high-level opposition and it’s hit us in the face quite often,” Southgate added.

“Now we know the level, now we know what we’ve got to improve and we’ll be better placed for that by having had the quality of matches that we’ve had.”

England captain Harry Kane said he understood supporters’ frustrations but insisted there was no need for panic.

“We’re not panicking. We know we want to improve,” Kane said. “I was an England fan and still am, whether I’m playing or not. I understand it.

“But ultimately we’re going to be judged on what happens come November. If we have a successful tournament I’m not sure people will be worried about the spell we had over the summer, and that’s the bottom line.” 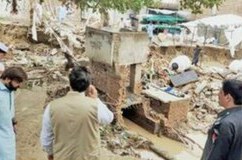