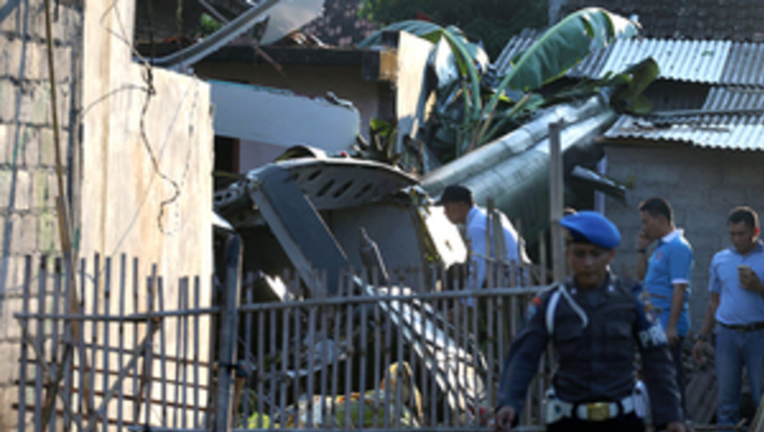 JAKARTA: An Indonesian military helicopter crashed Friday into a home in Central Java, an official said, killing at least three in the latest air accident for the country's armed forces.

The helicopter crashed into a suburban area just north of Yogyakarta, a major city on the main island of Java.

There were five passengers aboard the helicopter when it went down, Major General of the Indonesian National Army Jaswandi told local broadcaster Metro TV.

Footage on social media showed the wreckage of the helicopter smashed through the wall of a house.

The building suffered significant damage, though local broadcaster TV One reported no one was inside at the time of the crash.

The head of Indonesia's search and rescue agency Bambang Sulistyo said initial reports suggested six people were aboard the helicopter and three had died, but stressed investigations were still underway.

The Indonesian military has been hit with repeated aircraft accidents in recent years, several involving crashes in urban areas.

In March, 12 people were killed when a military helicopter went down in bad weather in central Indonesia. The prior month a military plane crashed into a house in a densely populated area during a test flight, killing the pilot and two people in the building.

In June 2015 a Hercules C-130 crashed into a residential neighbourhood in Medan, the largest city on Sumatra island, killing 142 people and causing widespread destruction.