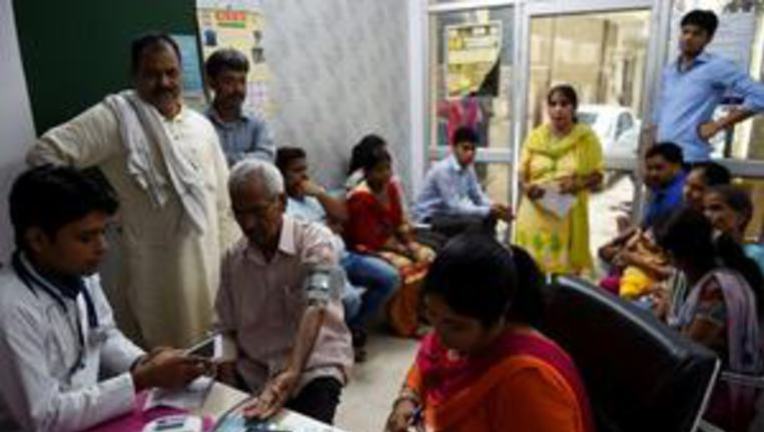 NEW DELHI: For asthma sufferer Mohan Lal, regular visits to the Indian capital's hospitals were a nightmare of waiting in endless queues in sweltering corridors that swarm with mosquitoes.

But a spotless and air-conditioned clinic boasting innovative diagnostic technology and sharply-dressed doctors has just opened in Lal's neighbourhood, bringing healthcare into the 21st century.

For Lal, who needs regular treatment for his asthma, the sparkling free clinic and 100 others developed by the New Delhi government in mostly low-income neighbourhoods are a revelation.

Like most of the city's millions of poor, he was used to the traditional state-run hospitals, often stretched to breaking point, where patients face long delays for even minor treatment and are forced to share beds.

"The hospital is far from my house, I had to walk quite a bit and then I had to wait in long queues for hours in smelly, sweaty hallways," he said, grimacing at the memory.

The Delhi government allocated an initial $790 million in this year's budget for the clinics, after promising at the 2015 elections to improve healthcare and ease the burden on its ageing hospitals.

The crowning glory of Lal's neighbourhood clinic is a newly invented device that conducts 50 common medical tests from a single blood sample, including sugar levels and cholesterol.

In a city where diabetes, dengue, hepatitis, typhoid and other illnesses are common, the small, rectangular device provides swift diagnosis ? thereby allowing for early treatment.

Results of most of the tests are known within two minutes and are uploaded onto an IT cloud for access by patients and their doctors on their smart phones and the clinic's tablets.

"IT does make a pretty significant difference," said Indian biomedical engineer Kanav Kahol, who developed the device that he hopes will soon be installed in all of the other new clinics.

It was originally aimed at easing India's overburdened public health system, whose basic medical services are provided free of charge. But Kahol said other countries have also expressed interest in the machine, which costs about $1,000 to buy.

"We were very surprised by the fact that what we had developed for India, people all over the world were actually looking for," the 37-year-old said of the device called the swasthya (health) slate.

At the clinic in western Delhi, a doctor admonishes Lal after examining his test results, which have been uploaded to his digital medical records kept at the centre.

"Your blood report is not good. You must cut down on smoking and drinking," the doctor said, as the 62-year-old grinned sheepishly.

Lal then goes for his regular treatment ? inhaling steam through a nebuliser to decongest his lungs ? before moving to the clinic's pharmacy to collect free asthma medication.

India spent just 1.4 per cent of gross domestic product (GDP) on healthcare in 2014, according to the World Bank, lower than neighbouring war-torn Afghanistan on 2.9pc.

As a result, Indians avoid the state-run system if they can, with many flocking to private clinics and hospitals. But a consultation with a private GP can cost Rs1,000 ($15), a huge sum for millions living on less than $2 a day.

More than 60pc of the population's out of pocket expenses goes on medicines and healthcare, the government estimates.

"I have four daughters and one or the other always keeps falling sick. I simply can't afford private treatment," said Kamta Devi, who does laundry for a living, as she waited her turn at another of the clinics in south Delhi.

"Here I don't even need to spend any money on commuting as it is so near my house," said the 50-year-old, who lives in a nearby slum.

Although doctors working at the clinics say they are making a difference, they also concede to a range of teething problems, including dealing with Delhi's patchy infrastructure.

"Sometimes the internet is slow or there is no electricity. Some patients insist on handwritten prescriptions as they are not used to computers and tablets," said doctor Alka Choudhary.

"Also at the moment the clinics are not digitally linked with the big hospitals so the medical records of a patient cannot be retrieved if he is admitted there in a case of emergency.

"It's still early days. It is not a perfect system but at least we have made a positive start." 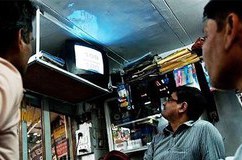