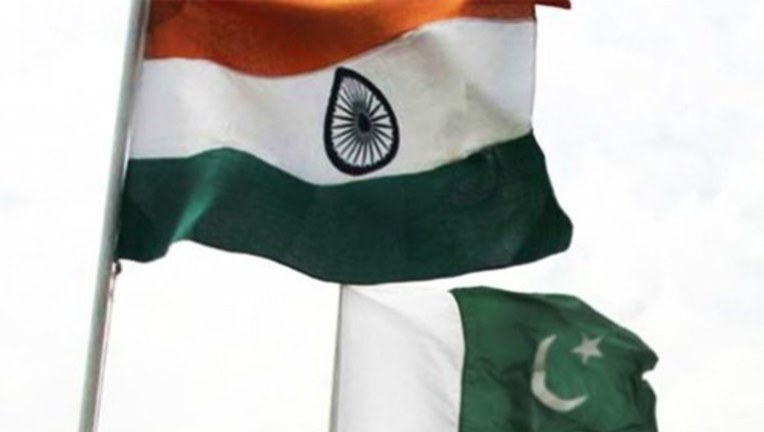 ISLAMABAD: A former Indian diplomat, M.K. Bhadrakumar has criticised the Indian media as well as the "bombastic" [Indian] leadership for misleading and making the Indian public “delusional” on Pakistan.

"While watching various Delhi TV channels on issues surrounding Sunday's attack on Uri base, one gets the depressing feeling that we are being delusional."

"What is lacking is an ethical standard that the media should not incite the public opinion by feeding it with such patent falsehoods," said the retired Indian diplomat.

"We are living in a fool's paradise, being led up the garden path by a bombastic leadership and led to believe falsely that the international community is rooting for India, that thanks to our prime minister's vigorous efforts, the country's prestige is soaring sky-high. Therefore, we assume Pakistan stands 'isolated'," added Bhadrakumar.

Bhadrakumar made the remarks in his blog "Indian Punchline" posted on the website rediff.com.

"In reality, though, the readout of the US State Department on the meeting between Secretary of State John Kerry and Pakistan Prime Minister Nawaz Sharif in New York on September 20 should come as an eye-opener," said Ambassador MK Bhadrakumar.

He said the readout was "a carefully worded document, drafted with the full knowledge of the horrific attack that took place on Uri base over 36 hours ago on Sunday."

"Nonetheless, such manifestly effusive sentiments and fulsome praise for Pakistan have been attributed to Kerry," said the former ambassador.

"Notice the expressions that have been used in the document with great deliberation ? 'strong, long-term bilateral partnership'; 'commended the Prime Minister'; 'expressed appreciation for Pakistan's cooperation'; 'commending recent efforts by Pakistani security forces to counter extremist violence' and 'praised Pakistan for hosting Afghan refugees for over 40 years'."

Most significantly, Bhadrakumar said, the reference to Jammu and Kashmir was framed as the shared opinion of Sharif and Kerry.

"The prime minister (Nawaz) and Secretary Kerry expressed strong concern with recent violence in Kashmir ? particularly the army base attack ? and the need for all sides to reduce tensions."

"What does the above single sentence imply in plain language, shorn of diplomatic idiom? One, US is not willing to censure Pakistan. Two, US shares Pakistan's 'strong concern over recent violence in Kashmir'. Three, the Uri base attack is to be seen in the context of the two-month old upheaval in the Kashmir Valley. Four, US agrees with Pakistan on the need to reduce tensions," Bhadrakumar said.

"Now, unless we shake ourselves free of the myopic vision regarding ourselves that has been systematically created by our ruling elites through the past two-year period, ably assisted by the unscrupulous TV channels in Delhi day in and day out, we will come to grief, sooner rather than later," added the retired Indian diplomat.

"This is all nothing but Goebbelsian lies that we are being fed. The result is that apparently almost two-thirds Indians are reportedly clamouring for military action against Pakistan," the former Indian diplomat added.

"The ruling elites know they are riding a tiger and if they dismount at this juncture, the public opinion will devour them for not living up to the myths the credulous public has been led to believe all this while."

"Alas, the Indian public does not know that the realities of the security environment surrounding India today are pretty grim and we desperately need an exit strategy," Bhadrakumar said.

The former diplomat also said India's strategic choices are virtually nil today, due to the nuclear stalemate and Pakistan's stockpile of tactical weapons which can neutralise Indian forces (on Pakistani territory) without even giving cause to provoke (or justify) a nuclear counter-strike by India.

"These are theatre weapons which have limited and focused usage in a specific area, but will annihilate the enemy in real time. Our public should realise that hot pursuit has become a sheer figment of imagination good for only TV debates," Bhadrakumar remarked.

"Read an insightful perspective by the well-known US pundit George Perkovich on the strategic dilemma India faces today vis-vis Pakistan ? Perkovich candidly says that India has run out of options and has no way of addressing the challenge of terrorism on an enduring basis except by engaging the people of the Kashmir politically, and the alternative will be a seamless asymmetric war."

Bhadrakumar has served as a career diplomat in the Indian Foreign Service for over 29 years, with postings including India's ambassador to Uzbekistan (1995-1998) and to Turkey (1998-2001).