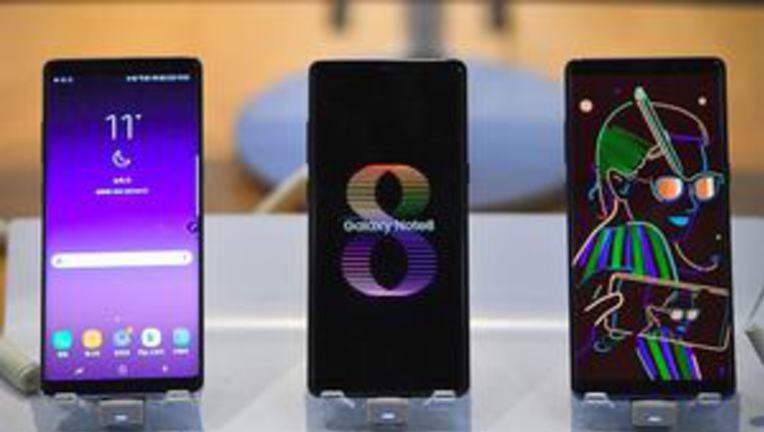 Samsung Electronics logged a record profit of $10.0 billion for the third quarter and announced a sweeping reshuffle of its top management on Tuesday, seeking to maintain its lead while its heir is in prison.

The world's biggest memory chip and smartphone maker has faced multiple challenges since last year, including a humiliating recall of its flagship Galaxy Note 7 handsets and a corruption scandal that engulfed its de facto leader.

But its net profits for July to September soared 148 per cent on the same period a year ago — its best for any quarter — it said in a statement, thanks to strong demand for its memory chips and a recovery in smartphone sales with the roll-out of the new generation Galaxy Note 8.

The figures come only two weeks after chief executive Kwon Oh-Hyun resigned, saying the South's biggest firm was facing an “unprecedented crisis” and its current profitability was “merely a fruit of decisions and investment made in the past”.

The firm described Tuesday's numbers as an “overall robust performance”.

Samsung Electronics is the key subsidiary of the sprawling Samsung Group, whose heir Lee Jae-Yong was found guilty in August of bribery, perjury and other charges stemming from payments to the secret confidante of ousted president Park Geun-Hye.

Lee, who was jailed for five years, says he is innocent and is appealing.

Samsung Electronics also announced Tuesday the first major reshuffle in its top leadership since 2014, when the wider group's chairman Lee Kun-Hee suffered a heart attack that left him bedridden.

Samsung Electronics replaced each of the three co-CEOs who lead its semiconductor, mobile and TV units with younger executives, while chief financial officer Lee Sang-Hoon — known to be close to the founding Lee family — was named chairman of the board, succeeding Kwon.

It is the first time the company has separated the roles of board chairman and CEO, it said — a standard recommendation to improve corporate governance.

Samsung's profits and share price have rocketed this year, as global chip prices have soared amid booming demand for the high-powered processors used in handsets, computers and cloud storage servers.

It said separately it would double its dividends in 2018, and confirmed a further share buyback for the fourth quarter.

The firm provides memory chips for PCs, servers and mobile gadgets including those belonging to industry rivals including Apple, with the “component business” helping the firm cushion a fall in sales of its own devices.

Samsung has sustained and widened its lead in the market partly by investing massively in building and expanding semiconductor factories, often faster than its competitors.

Its investment in infrastructure, mostly on chip plants, will reach a whopping 46.2 trillion won just for this year, compared to 25.5 trillion won in 2016, it said.

The firm operates the world's biggest semiconductor plant in the city of Pyeongtaek, 70 kilometres south of Seoul, and is upgrading or expanding many of its production lines there and elsewhere.

Such aggressive investment has stoked concerns that increased supply may drive down prices and eventually dent the firm's own profits in subsequent quarters.

But senior vice-president Chun Se-Won told a conference call: “We are looking at a longer-term horizon... with a goal of boosting our business capabilities for the next two or three years and beyond.”

Kim Yang-Jae, analyst at KTB Investment & Securities, said profits would rise further in the fourth quarter, with global semiconductor prices continuing to rise into next year.