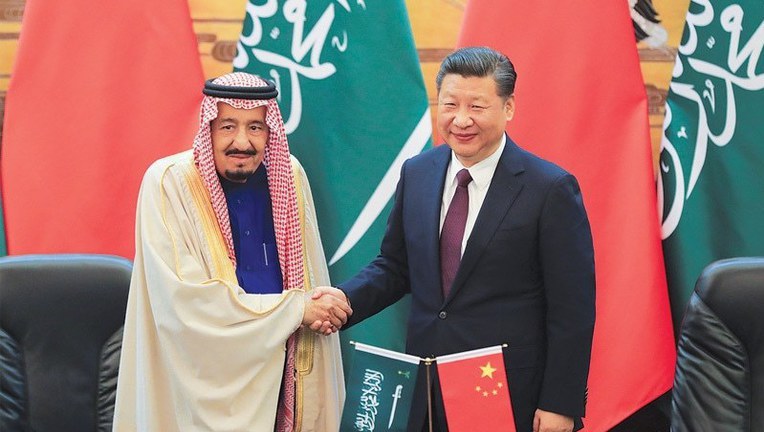 Chinese President Xi Jinping spoke by telephone with Saudi Arabia's King Salman on Wednesday amid tensions with Riyadh's regional rival Iran after Tehran announced it was scaling back some commitments under its 2015 nuclear deal with world powers.

The call was made on the same day that Iran announced steps that stop short of violating its nuclear deal with world powers for now, but threatening more action if countries did not shield it from United States sanctions.

China has had to tread a fine line as it has close energy and business relations with both countries, in a part of the world where Beijing has traditionally exerted far less sway than the US, Russia, France or Britain.

China's Foreign Ministry did not directly mention Iran in its statement on the call between Xi and Salman, instead concentrating on Xi's comments on cementing bilateral ties.

Xi visited Saudi Arabia and Iran on the same trip in 2016, and Salman paid a return visit to China in 2017. Saudi Crown Prince Mohammed bin Salman met Xi in Beijing in February of this year.

Speaking earlier on Wednesday, Chinese Foreign Ministry spokesman Geng Shuang said that the 2015 nuclear deal — that was signed between Iran, Russia, China, Britain, France, Germany and the US — should be fully and effectively implemented.

"China approves of Iran's implementation of the deal and opposes the US enacting unilateral sanctions against the Islamic Republic, and expresses regret at the worsening of tensions following steps by the United States," he added.

“Protecting and implementing the comprehensive agreement is the joint responsibility of all sides. We call on all sides to exercise restraint and step up dialogue, and avoid a further escalation in tensions.”

The 2015 accord was signed by the seven countries before President Donald Trump took office. Iran agreed to limits on its nuclear programme in return for the lifting of sanctions.

Washington's European allies opposed Trump's decision to pull out of the agreement last year and have tried, so far in vain, to find ways to blunt the economic impact of new US sanctions.