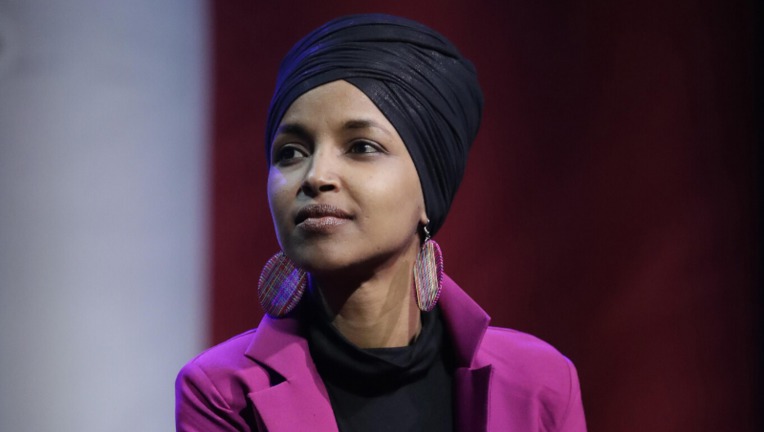 US Congresswoman Ilhan Omar has introduced a resolution in the House of Representatives, condemning violations of human rights and religious freedom in India and calling for Secretary of State Antony Blinken to designate India as a "country of particular concern", it emerged on Thursday.

The resolution, co-sponsored by lawmakers Rashida Talib and Juan Vargas, was submitted on Tuesday, according to the US Congress website. It based its arguments to declare India as a country of particular concern on the conclusions and findings of a report by the United States Commission on International Religious Freedom (USCIRF).

The text of the resolution, available on the US Congress website, highlighted that the USCIRF had called for designating India as a country of particular concern for 3 consecutive years.

Citing the USCIRF’s 2022 annual report, the resolution stated that in 2021, “the Indian government escalated its promotion and enforcement of policies — including those promoting a Hindu-nationalist agenda — that negatively affect Muslims, Christians, Sikhs, Dalits, and other religious minorities”.

According to the resolution, the report further said: “The government continued to systemise its ideological vision of a Hindu state at both the national and state levels through the use of both existing and new laws and structural changes hostile to the country’s religious minorities.”

Moreover, the resolution said, the report described the use of laws such as the Unlawful Activities Prevention Act and the Sedition Law in India as a means “to create an increasing climate of intimidation and fear in an effort to silence anyone speaking out against the government”.

The report also mentioned cases of the Indian government's “repression of religious minority leaders and voices for religious pluralism in India, including the Jesuit human rights defender Father Stan Swamy and the Muslim human rights advocate Khurram Parvez,” the resolution said, adding that the report also listed numerous examples of the Indian government "criminalising, harassing, and repressing interfaith couples and converts from Hinduism to Christianity or Islam".

In this connection, the report also highlighted the "severe risks of the Citizenship Amendment Act and the National Registry of Citizens for Indian Muslims, including the possibility of rendering millions stateless or subject to indefinite detention".

According to the resolution, the report said: "In 2021, numerous attacks were made on religious minorities, particularly Muslims and Christians, and their neighbourhoods, businesses, homes, and houses of worship.

"Many of these incidents were violent, unprovoked, and/or encouraged or incited by government officials."

The USCIRF report further stated: “In 2021, mass protests continued against farm laws enacted in September 2020. Despite the widespread and diverse nature of the protests, efforts — including by government officials — were still made to discredit the protesters, especially Sikh protesters, as terrorists and religiously motivated separatists.”

The resolution said the report further cited a 2021 Oxfam India study which found that a third of Indian Muslims reported discriminatory treatment at hospitals during the surge of Covid in India.

"As of June 2022, USCIRF lists 45 Indian nationals on its Freedom of Religion or Belief Victims list, all of whom were listed for their detention," the resolution stated, adding that 35 of those 45 prisoners of conscience remain detained.

The resolution also referred to a 2021 report of the State Department, which was published on June 2, 2022.

The 'Report on International Religious Freedom' outlined numerous examples of violence and threats of violence against religious minorities, particularly Muslims and Christians, in India throughout 2021, the resolution said.

It added that while launching the report during a press conference, Blinken said: "In India, the world’s largest democracy and home to a great diversity of faiths, we’ve seen rising attacks on people and places of worship."

And at the same press conference, the resolution continued, Ambassador-at-Large for International Religious Freedom Rashad Hussain said: “We are concerned with targeting of a number of religious communities in India, including Christians, Muslims, Sikhs, Hindu Dalits, and indigenous communities as well."

On these grounds, the resolution concluded, the House condemned human rights violations and violations of international religious freedom in India, including those targeting Muslims, Christians, Sikhs, Dalits, Adivasis, and other religious and cultural minorities.

It added that the House also expressed grave concern about the "worsening treatment" of religious minorities in India and called on Blinken to designate India as a "country of particular concern" under the International Religious Freedom Act of, 1998.

The resolution has been referred to the Committee on Foreign Affairs.