Search
Hapka.info: Main page » World »  ‘Question’ not about Pakistan’s soil, but its airspace, says Fawad on Zawahiri killing in US strike

‘Question’ not about Pakistan’s soil, but its airspace, says Fawad on Zawahiri killing in US strike 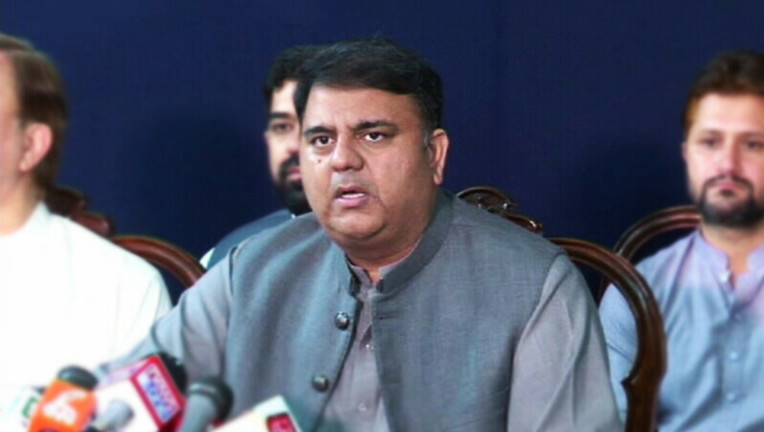 PTI leader Fawad Chaudhry on Saturday said that the “question” was not about Pakistan’s soil being used in the US drone attack that killed Al Qaeda leader Ayman Al Zawahiri, but its airspace as he demanded a formal statement from ministries.

The former minister was seemingly referring to Inter-Services Public Relations (ISPR) Director General Babar Iftikhar DG ISPR’s recent remarks on the matter. In a brief telephone interview with Geo News last night, the DG ISPR ruled out the possibility, saying there was no question of Pakistan soil being used for “such a purpose”.

In a tweet today, Chaudhry wrote: “The question is whether Pakistan’s airspace was allowed to be used to not.”

“Repetitive statements on Pakistan’s land not being used are unclear,” Chaudhry continued, stressing that relevant ministries would have to issue a formal statement over the matter.

In a press conference yesterday, Chaudhry demanded to know whether Pakistan’s air space had been used by the US for a recent drone strike that killed Zawahiri. “The nation wants to know whether we are again going to become a tool of the United States against Al Qaeda,” he said.

When asked about the matter on Geo News programme Naya Pakistan, the DG ISPR said: “The Foreign Office has clarified it in detail. They are all rumours, as anybody can write anything on social media. We should avoid this. Our enemy, in particular, feeds such information and they (people) get exploited.”

The United States carried out a drone strike in the Afghan capital Kabul on Sunday morning and killed Zawahiri, an Egyptian surgeon who had a $25 million bounty on his head for helping coordinate the September 11, 2001 attacks that killed nearly 3,000 people.

Immediately after it was reported, a number of PTI leaders raised questions about Pakistan’s role in the attack, prompting the ISPR clarification.

In an interview with Express News earlier this week, ex-premier Imran Khan had warned that “providing airspace to America” could damage relations with Afghanistan.

“If we give space and if America conducts a drone attack in Afghanistan, it will affect our tribal areas. Do we want to become a part of someone else’s war amid these crises?” he had asked.

Meanwhile, PTI leader Ali Haider Zaidi said that Gen Iftikhar’s response to a question about President Dr Arif Alvi not attending the funeral of the six army officers martyred in the recent helicopter crash in Balochistan was “left in bad taste”.

During last night’s interview, the anchor had asked: “It was said about the President, who is the commander of the armed forces, that the families of the martyred didn’t want him to attend the funeral…”

In a tweet early this morning, PTI’s Zaidi said: “Could have and should have been handled in a much more dignified and professional manner.”

Former human rights minister Shireen Mazari also said that the president was the supreme commander of the armed forces and “must be defended”.

Meanwhile, late Friday night, Dr Alvi tweeted that there was “unnecessary controversy” over him not attending the funeral.

“This gives me an opportunity to condemn in unequivocal terms the despicable tweets by those who are neither aware of our culture or our religion,” the president said, adding that he called “hundreds of families”, attended funerals and visited them to offer condolences.

Earlier, the ISPR had also said that “certain insensitive quarters” resorted to hurtful and derogatory comments on social media after the helicopter crash, which was “unacceptable”.