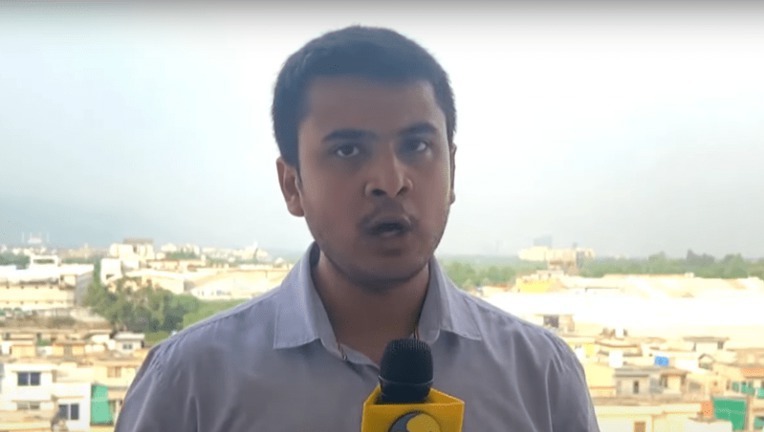 Journalist Anas Mallick, who was reported missing in Kabul on Thursday, has revealed that he was “physically assaulted” during his disappearance.

The Islamabad-based journalist, who is affiliated with Indian news channel WION, surfaced on Friday, with the Foreign Office in Pakistan and Ambassador Mansoor Khan in Kabul both sharing on Twitter that Mallick was “safe” and “back in Kabul”.

Hours later, WION claimed in a report that Mallick was in fact “abducted by the Taliban”.

In a video report, Anas told WION, “I was picked up yesterday by what we know are the Taliban in Kabul”.

“Twenty-one hours of ordeal has finally come to an end,” he said, adding that he, as well as a local producer and driver who were with him while they were filming general shots, was picked up on Thursday, a day after he had arrived in Kabul to cover the one-year anniversary of the Taliban takeover and “how Afghanistan is now”.

Mallick continued: “After some while we were shifted from the place where we were intercepted to what we know was the GDI, or the Grand Directory of Intelligence, the GDI unit the Afghan Taliban.”

He said he and his colleagues were “questioned thoroughly” on their journalistic credentials and were also asked “personal questions”.

The journalist said around 9:30pm (AFT) on Thursday, he was moved to a room and told he would be allowed to walk free in the morning “upon the translator or the tarjuman (representative) showing up”.

He said he was eventually allowed to walk free at 10:10am (AFT) on Friday — “dropped off to be precise”.

Mallick pointed out that he and his team on the assignment in Kabul were Delhi accredited and had all their press credentials.

He also mentioned that the local producer and driver working with him were still “withheld by the Taliban”.

Later, WION tweeted that both of them had been “released after 42 hours of detention”. Attached to the tweet were pictures of bare, bruised backs of men.

“We at @ForeignOfficePk are deeply concerned about the disappearance of @AnasMallick, FO correspondent, from #Kabul yesterday. We are in touch with local authorities and @PakinAfg for his early and safe return to Pakistan,” he had said on Friday

Separately, Iftikhar told Dawn.com that “Foreign Minister Bilawal Bhutto-Zardari has taken notice of the journalist’s disappearance and the Pakistani ambassador has raised the matter with Afghan authorities in Kabul”.

FM Bilawal had personally enquired about Mallick and issued directives to make all-out efforts for his safe return, he had said, adding that the FO had also contacted the Afghan embassy in Pakistan over the reports of Mallick’s disappearance.

“Our concern has been communicated to the Afghan side emphatically , and we are following up on that both in Kabul and Islamabad through their (Afghan) charge d’affaires.

“I would like to assure you that all possible efforts are being made to ascertain the whereabouts of our friend Anas and to ensure his safety and security and safe [and] early return,” Iftikhar had said.

The journalist’s brother, Hassan, said in an early morning tweet on Friday that that Mallick been missing in Kabul for over 12 hours and requested authorities to ensure his “swift and safe recovery”.

He had separately told a BBC Urdu correspondent that Mallick had left for Afghanistan on Wednesday and the last time they had been in contact was around midnight the same day.

“Whereas, he had been last in contact with his colleagues on Thursday,” the BBC Urdu report quoted the brother as saying.

Hassan had told BBC Urdu that the Pakistani embassy in Kabul had contacted him and assured him that efforts were under way for Mallick’s recovery.

For its part, WION said remained in contact with the relevant authorities in India, Pakistan and Afghanistan to secure Mallick’s safe return to his home in Islamabad.

“When he went missing, we tried to contact him on his mobile phone. We texted him, and called him, but got no response. Anas told us later that his phone was taken away by the Taliban,” the WION report said, adding that news channel had also reached out to the hotel where Mallick was staying.

“Turns out, Anas (Mallick) was never returned to his hotel … Officials from WION headquarters in India [then] reached out to the Pakistani embassy in New Delhi. We also contacted the Taliban’s foreign office,” the news channel said.

Once the Mallick’s whereabouts were confirmed, the FO had said he was glad Mallick was safely back in Kabul.

“So glad that @AnasMallick is safely back in #Kabul. Alhamdolillah,” the FO had said in a tweet.

Pakistan’s Ambassador to Afghanistan Mansoor Ahmad Khan had also said he had spoken on the phone briefly with Mallick and that he was “safe”.

Shortly after, Mallick himself had posted on Twitter that he was “back”.

Before the reports of Mallick’s disappearance had surfaced, his last story published by WION showed the house where Al Qaeda leader Ayman al Zawahiri was said to have been staying and which the US said it targeted in a drone strike that claimed the militant leader’s life. 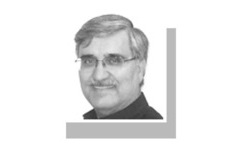