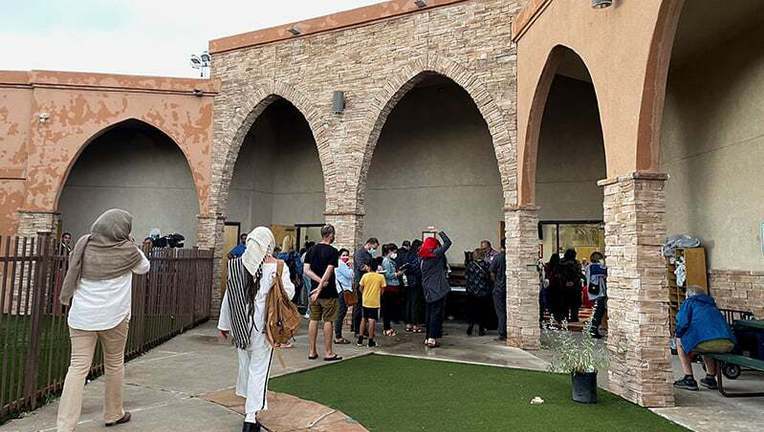 New Mexico police announced on Wednesday that the "primary suspect" in the recent killings of four Muslim men in the city of Albuquerque had been arrested.

Police identified the suspect as 51-year-old Muhammad Syed, who is also a Muslim.

All four victims were of Afghan or Pakistani descent. One was killed in November, and the other three in the last two weeks.

In a statement, the Albuquerque Police Department (APD) said city police and Federal Bureau of Investigation (FBI) agents worked together to solve the case that had caused panic to spread among the 5,000-strong Muslim community in western United States.

Police said as their detectives prepared to search Syed’s home in Southeast Albuquerque on Monday, he drove from the residence in the Volkswagen Jetta that detectives believe was used in at least one of the murders. Investigators had earlier identified the same car as a “vehicle of interest”.

"Detectives detained Syed, and searched his home and the vehicle. They discovered additional evidence that further ties Syed to the murders," the police statement said.

Detectives discovered evidence that showed the suspect knew the victims to some extent and an "interpersonal conflict" may have led to the shootings, the police statement added.

The APD said Syed was being charged with two of the homicides, the July 26 murder of Aftab Hussein and the August 1 murder of Muhammad Afzaal Hussain.

"Detectives connected those homicides using bullet casings found at the scenes. The gun used in these shootings was discovered during the overnight search of [Syed's] home," police said.

"This has been a tough week for our community,” APD Chief Harold Medina was quoted as saying in the statement.

"But we all pitched in to solve these crimes and protect a community that felt it was under attack. We came together, like we always do in Albuquerque," he added.

The APD police chief said detectives would continue to work with the District Attorney’s office on potential charges for the other two homicides — the August 5 murder of Nadeem Hussain and the November 2021 murder of Mohammad Zaher Ahmadi.

Later, APD Deputy Commander Kyle Hartsock said at a news conference that investigators were still piecing together motives for the killings of the four men,

In response to reporters' questions, Hartsock said sectarian animus by the suspect toward his fellow Muslim victims may have played a role in the violence.

“But we're not really clear if that was the actual motive, or if it was part of a motive, or if there is just a bigger picture that we're missing,” he said.

Syed has a record of criminal misdemeanors in the United States, including a case of domestic violence, over the last three or four years, Hartsock said.

The arrest comes day after US President Joe Biden said he was “angered and saddened” by the “horrific” killings, adding that “these hateful attacks have no place in America”.

“While we await a full investigation, my prayers are with the victims’ families, and my administration stands strongly with the Muslim community,” he had said in a tweet late on Sunday.