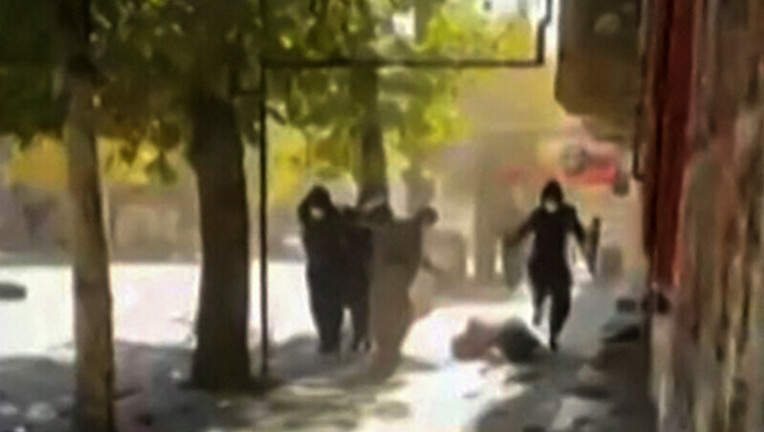 The United Nations on Tuesday denounced Iran’s increasingly harsh and deadly crackdown on mass protests that have been rocking the country for more than two months.

“UN Human Rights Chief Volker Turk says the rising number of deaths from protests in Iran, including those of two children at the weekend, and the hardening of the response by security forces, underline the critical situation in the country,” spokesman Jeremy Laurence told reporters in Geneva.

“We urge the authorities to address people’s demands for equality, dignity and rights, instead of using unnecessary or disproportionate force to suppress the protests,” he said.

“The lack of accountability for gross human rights violations in Iran remains persistent and is contributing to the growing grievances.”

The Kurdish-populated provinces of western and northwestern Iran have been hubs of protest since the death in custody of 22-year-old Kurdish woman Mahsa Amini on September 16, after she was arrested by morality police in Tehran.

The demonstrations sparked by Amini’s death have become the most serious challenge to Iran’s clerical regime since the 1979 revolution.

The UN rights office said more than 300 people had been killed since the protests began, including more than 40 children.

There have been particularly intense anti-regime demonstrations in several towns in the last few days, rights groups say, largely sparked by the funerals of people said to have been killed by the security forces in previous protests.

Laurence said sources had told the rights office that more than 40 people had been killed in mainly Kurdish cities in the past week.

Two 16-year-old boys were among six killed over the weekend, he said.

Since the beginning, he said, “protesters have been killed in 25 of Iran’s 31 provinces, including more than 100 in Sistan and Baluchistan”.